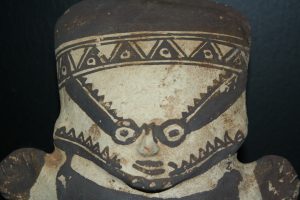 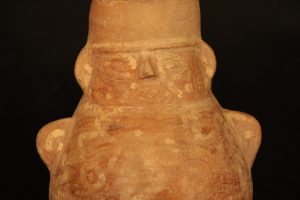 The Peruvian pots were discovered in a grave of a mummified woman found at Pachacamac (Temple of the Sun) in Peru. Pachacamac, situated 40 km southeast of Lima, Peru in the Valley of the Lurin River is today an archaeological site. Archaeologists have identified at least 17 pyramids at Pachacamac with a cemetery and multi-coloured fresco of fish, dating to the Early Intermediate Period (ca. 200-600 CE). During, the Huari/Wari Period (ca. 600-800 CE) the Huari contributed to the construction of the city, probably using it as an administrative centre. A number of Huari influenced designs appear on the construction and ceramics and textiles found in the cemeteries of this period.

After the collapse of the Huari/Wari Empire, Pachacamac continued to grow as a religious state and was primarily used as a religious site for the veneration of the Pacha Kamaq creator god. The Inca allowed the Pachacamac priests to continue functioning independently of the Inca priesthood. This included the oracle, which the Inca presumably consulted. The Inca built five additional buildings, including a temple to the sun on the main square in Pachacamac. The majority of the common architecture and temples were built at this stage (ca. 800-1450 CE). The downfall of the Inca Empire came when the Spaniards came to South America bringing with them diseases, such as smallpox, influenza, typhus, diphtheria, chickenpox and measles, that spread alarmingly fast and within 10 years 50% to 90% of the population being infected by these diseases, which led to a Civil War between two factions leaving the Spaniards to conquer and take control of the country and its wealth.

The Peruvian pottery in the DITSONG: National Museum of Cultural History comes from the Chancay culture from around CE 1000 to 1470, where they were conquered by the Incas. The typical style of the pottery is considered to be a rough contexture and decorated in black or brown on a cream or white background. Therefore, it is known as The Black on White style. The Chancay civilization produced ceramics on a large scale using mainly moulds. Vessels are often large and quaintly shaped, with the egg-shaped jars being more common. Ceramic dolls or female figurines were also created. These were usually large, female-looking dolls made from clay. The faces and sometimes the upper sections of the body are covered with ornaments of different geometric shapes. The eyes were accentuated with a line on each side and the arms were usually short. These geometric ornamentations are very common on Chancay ceramics. Some other common ceramic vessels were oblong jars with narrow necks and wide mouths, with designs in the form of human faces and geometric shapes painted in the black on cream technique. Other vessels had animal shapes that consisted of birds or llamas. Another more common type of vessel from this period were called cuchimilcos. These were small standing human-shaped idols with prominent jaws, wide black painted eyes, and prominent modelled genitalia. These figures are particularly notable for their unusual bodily position, with upwardly extended arms with their palms facing the viewer, and often the palms are blackened. These figures have been found in the tombs of Chancay nobility.

The Peruvian pottery collection at DITSONG: National Museum of Cultural History was donated by Mr. R. W. Wright who excavated the pottery while building a railway line in Peru. It is believed that he found the burial and associated objects between 1909 and 1910. The following examples of Peruvian pots are just some of the more interesting that are housed at the DITSONG: National Museum of Cultural History.

a. Decorated human male clay figurine. The flattened head could represent the flattening of the head as an infant by placing the head between two pieces of wood and the head would grow into that particular shape. The face and body was also painted depending on the occasion, during war they used war paint, on each special and ceremonial occasions they used different face paint, usually red and purple and to mourn a death they used black paint. Found with burial at Pachacamac.

b. Clay figure of a woman. Inca women probably used this as a fertility figure. Found with burial at Pachacamac.

d. Decorated Inca clay pot with a thin neck. The decoration on the neck depicts the face of an Emperor wearing a crown. The crown would probably have been made from gold and feathers. The face also shows face painting and two disks worn in the ears as a kind of earrings. The pot’s body has a geometric painted decoration, but it’s difficult to make out the decoration. Found with burial at Pachacamac.

e. A decorated clay pot with a stylised decoration of birds around the body of the pot. Found with burial at Pachacamac.

f. A decorated clay pot with a black outline of a mythical creature painted in red. Found with burial at Pachacamac.

g. Black decorated clay pot with a very narrow neck. The decorations depict geometric designs that have been etched into the pot. Found with burial at Pachacamac.

1. Photograph of a mummified woman with ceramic vessels found at Pachacamac. Some of the pottery in this article can be seen on the photograph.

2. Photograph of one of the walls around Pahacamac with Peruvian women in traditional clothing sitting on the wall.

Book a behind the scenes tour to view this wonderful collection at the Ditsong: National Museum of Cultural History. 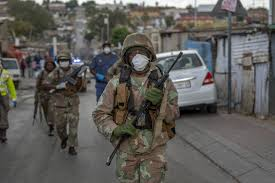 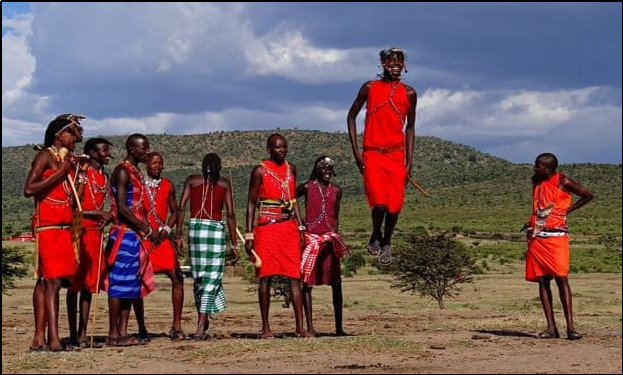