THE LUGER PISTOL: A CONQUEROR OF TWO WORLD WARS 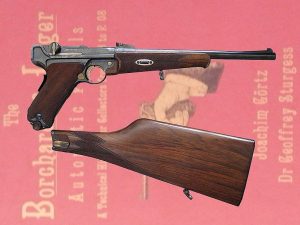 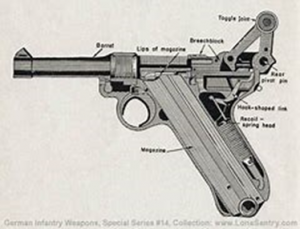 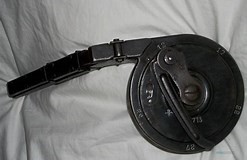 THE LUGER PISTOL: A CONQUEROR OF TWO WORLD WARS

The book “Band of Brothers” written by Stephen E Ambrose is based on interviews conducted with former members of E Company, 2nd Battalion and 506th Parachute Infantry Regiment of the American Army during World War II. What became clear during the interviews with veterans was their obsession with the German Luger pistol. American soldiers frequently looted fallen German officers of their Lugers. Soon the Germans realised the longing for Lugers and used it to their advantage by booby-trapped the weapon with explosives, utilising it as bait against the Allies.

Today, the Luger still remains one of the most popular weapons of many gun enthusiasts and numerous examples are found in museum collections. The Luger achieved legendary status because it was one of the most advanced semi-automatic pistols of the 20th century with an impressive fire rate of 116 rounds per minute. The average pistol, for example the American Colt, fired 20 to 30 rounds per minute.

The Luger’s firing mechanism was far in advance. The toggle action consists of a series of joints (see illustration below) which extends from the breech lock to the barrel. On firing, the barrel and the breech block are thrusted back by recoil. The locking mechanism slides upwards in grooves on the frame and ejects the spent case.

This renowned firearm was also known for its ease of use and powerful blow.

The first patent of the Luger, dated 1900, was based on the toggle- -action design of Hugo Borchardt. Hugo (1844–924) was a firearms inventor and engineer at Magdeburg, Germany. This design is called the Parabellum-Pistole, System Borchardt-Luger. Georg Luger (1849–1923), an Austrian born firearms designer, improved the less functional features on the Borchardt-Luger. The new design was better balanced and angled with the loading action placed to the rear. This improved design was manufactured by the German company Deutsche Waffen-und Munitionsfabriken (DWM). In 1904 the German Navy adopted this (first) design as official weapon until the Army agreed to the new and popular 1908 standard side arm version, the Luger P08. Its popularity as military weapon placed a significant demand on production. Many foreign countries such as Bulgaria, Russia and Turkey, were interested in trade or even licence agreements (for manufacturing) with Germany prior to the outbreak of World War 1 in 1914 and after the war. After World War I, the Treaty of Versailles stipulated a restriction in armament production. Germany’s, production was dropped substantially to a 1000 guns per annum.

The P08 remained in the armed force service until 1934 when Adolf Hitler rose to power and introduced a rearmament programme which included among other things, a change in manufacturers. The Mauser Werke in Oberndorf and the Luftwaffe factories in Suhl, Germany, took over the main production of the P08.

The Luger P08 is almost identical to the 1904 version except for minor changes to the grip. The majority of P08 fires a 7.65 mm and a 9 mm calibre cartridge with an eight round box magazine. It also uses a 32 cartridge, “snail” magazine known as the Schneckenmagazine. The pistol is also designed to attach a wood shoulder stock for use by non-commissioned officers and shock troops.

Figure 5: The P08 with a wood shoulder stock.

A major drawback of the Luger is the many moving parts of the firing mechanism. In rainy and muddy conditions, especially in the trenches, many malfunctions occurred, which endangered the life of a soldier unnecessarily.

The P08 production discontinued in 1943, but a New York company, A F Stoeger, (amongst others), continued with production until the 1970s. 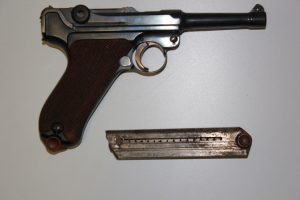 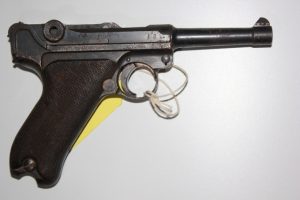 The Luger 9mm Parabellum (Left HG 55447-1=2) in the Museum collection was manufactured by DWM Mauser Oberndorf between 1930 and 1934. It has a four-digit serial number and was available in the commercial sales. The second Luger (Right HG 12401) is unfortunately in a poor condition. The only visible codes are 1911 S42. This Luger is probably one of the first examples manufactured for military use based on the Luger`s popularity and the demand for an increase in production.