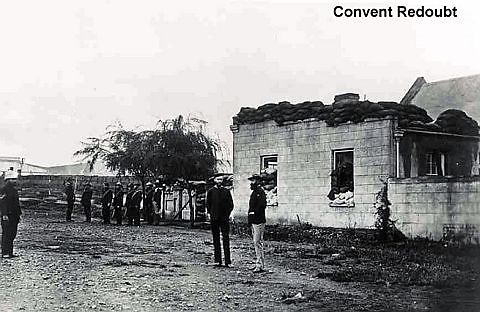 The so-called “Convent Redoubt” stood at the corner of Visagie and Koch (now Bosman) Streets in the heart of Pretoria, on land that was later included in the site of the old South African Mint Building, west of the Pretoria City Hall.

After the annexation of the Transvaal by Britain in 1877, Pretoria’s character became that of a garrison town. This was as a result of the unsettled condition of the whole country. At one stage there were about 5 000 troops in the town. Their military camp was situated southwest of the town, as it then was not far from the current City Hall.

The First Boer War of First War of Independence or First Anglo-Boer, was a war fought from 16 December 1880 until 23 March 1881 between the United Kingdom and Boers of the Transvaal (as the South African Republic was known while under British administration). Pretoria was cut off from the rest of the world and the authorities decided to strengthen its defences. From 22 December 1880 to 6 January 1881, British garrisons all over the Transvaal became besieged.

After the Battle of Bronkhorstspuit in December 1880 it was decided not to defend the town itself and to concentrate on the defence of the camp. A few fortified laagers were put up in the immediate vicinity of the camp. The recently completed prison (where the Museum is today) just behind the City Hall was also used and this was called the Tronklaer or Prison Laager. Adjacent to it and connected to it, the so-called Convent Redoubt was built at the southeast of the property.

Pretoria, and for that reason the military camp was besieged for a hundred days by a force under the command of Gen H. Schoeman. After the Battle of Majuba and the subsequent armistice, the siege was lifted and the British gradually evacuated Pretoria and the camp.

This, however, was not the final incident in the history of the Redoubt. The Jameson Raid took place in collaboration with the so-called “Rand Reformers” at the end of 1895 and the beginning of 1896. After Dr Jameson and his force had been obliged to surrender, sixty-three of the “Reformers” who were arrested in Johannesburg, were imprisoned in the Redoubt.

In the course of time, the area was encroached upon by one building after another so that there is nothing left of the original Redoubt today. 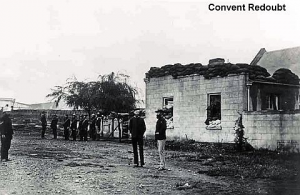 Figure 1: Convent Redoubt, photographed by Ferdinand Gros, a Pretoria resident of Swiss origin who had a photographic studio in the town. (Source: David Saks, The Pretoria theatre of operations in the first Anglo-Boer War. Military History Journal Vol 16 No 5 – June 2015, p.2).