DOLOMITE: THE ROCK THAT SHAPES THE CRADLE OF HUMANKIND 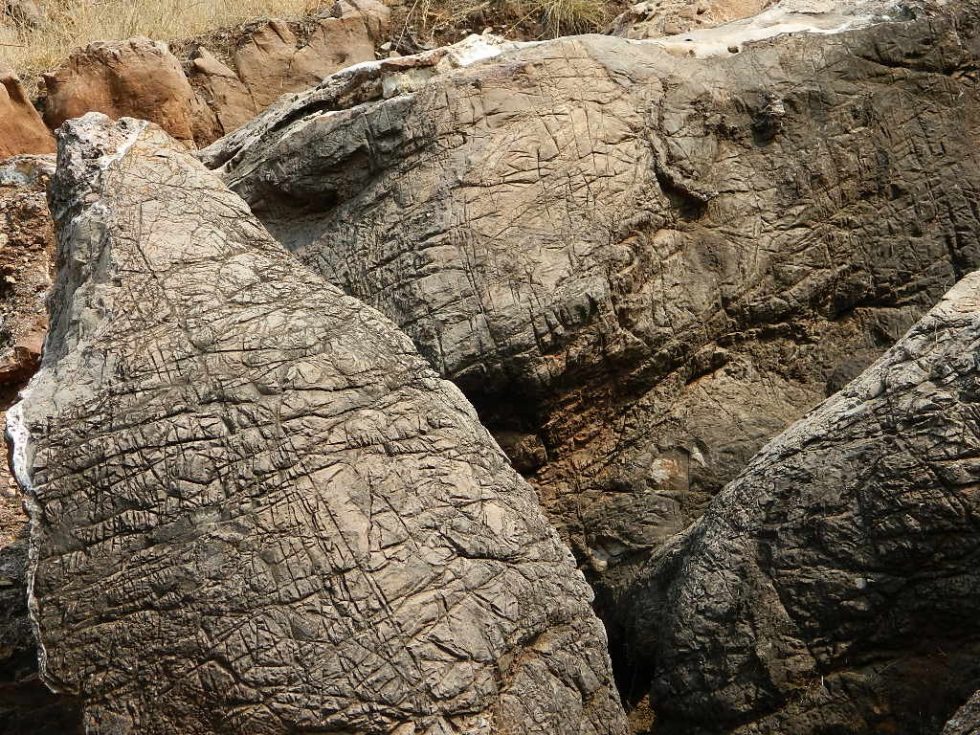 DOLOMITE: THE ROCK THAT SHAPES THE CRADLE OF HUMANKIND

A strip of dolomitic limestone caves containing the fossilized remains of ancient types of animals, plants and, most notably, hominids, covers the Cradle of Humankind Site. Approximately 2.3 billion years ago, the dolomite in which the caves were formed began as coral reefs developing in a worm-shallow sea. The discovery of these fossils has helped in the understanding of human evolution, geology, and how the past environments shaped what we see today. 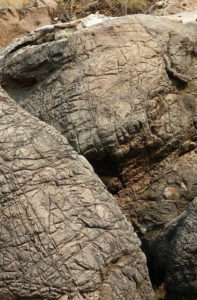 Shallow inland seas were formed on our continent crust 3 billion years ago and the Cradle of Humankind was part of a large inland sea that stretched as far as the equator. Ocean and seawater are rich in calcium carbonate and these are the chemicals that form dolomite. It was formed when carbonates of calcium and magnesium precipitated out of seawater as chemical sediments in the shallow ocean that covered much of South Africa at the time. As water chemistry changed periodically, layers of chert (silicon dioxide) were formed within dolomite. Chert (rock) is important because it is insoluble in slightly acidic ground water or rain water. When present as a thick layer, it tends to form a roof over caves; the collapse of such roofs creates vertical openings.

Exposed dolomite in the Cradle of Humankind has captured and preserved some of the elements of inland sea; ripple marks of ancient sea waves’ movement can be seen. These phenomenal geological processes assist us in understanding how caves are formed and what caused mountain ranges to rise to great heights, continents to drift apart, volcanoes to erupt and inland sea to dry up. There are two types of dolomites in the Cradle of Humankind; there are 2.3-2.5 billion years old Eccles formation and 2.6-2.8 billion Monte Cristo formation.

Figure 1: Photo showing dolomite from one of the sites around the Cradle.

One of the ways researchers have identified areas in the dolomites where there may be caves or sink holes is to look for the occurrence of lime-loving trees such as the Wild Olive (Olea capensis) and White Stinkwood (Celtis africana). Most of the time they mark the top of an underground cavity into which their roots grow. Most White Stinkwood trees were used in the 20th century as fuel for lime furnaces, so only their stumps remain as clues to where potentially fossil rich caves are.