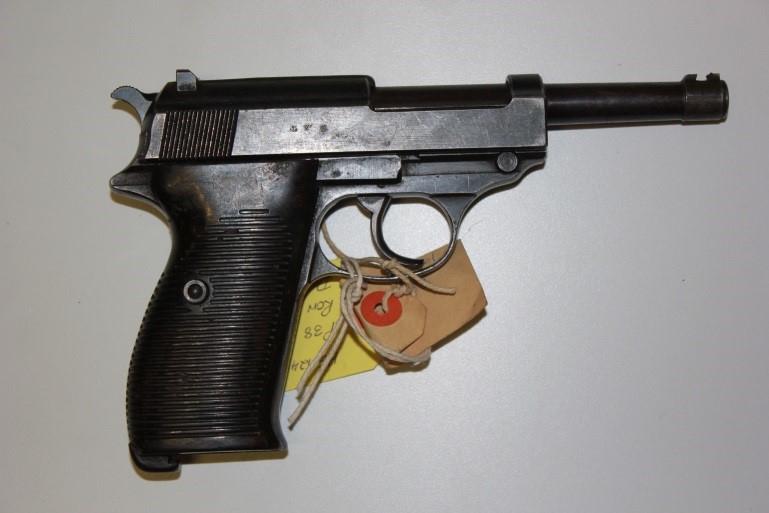 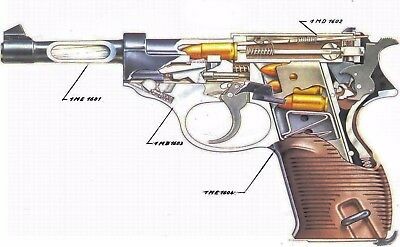 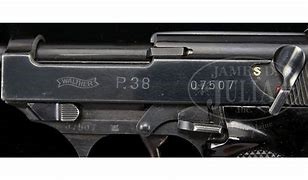 The Play station and Xbox game series Call of Duty: Big Red One is based on true battles between the 1st American Infantry Division and the Germans during World War II. The background scenery takes place in Kasserine Pass, North Africa, the Battle of Gela in Sicily and Eilendorf, Germany during 1943. The game strategy is to advance as quickly as possible and get rid of as many enemies as possible. A player receives rewards in the form of improved weaponry as the game progresses.

One of the more advanced semi-automatic pistols on the German list is the Walther P38. Young players are familiar with the specifications of the maximum and effective firing range of this weapon. The knowledge they gain about the Walther will determine what may become one of their favourite pistols in future. Possibly a Walther, who knows?

The real soldier of the time valued the P38 highly because of its accuracy and ability to stay on target.

German troops issued with the 9mm Walther P38 semi-automatic pistol during World War II found its decent crisp trigger action, comfortable grip, advance sighting device and balanced weight an enhancement for accuracy and reliability. Without any doubt the Walther P38 became one of the favourite pistols manufactured in Germany. 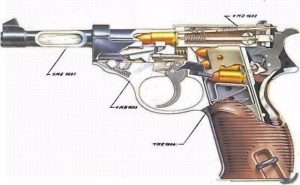 The P38 was one of the first locked-breech pistols available at the time. When firing the pistol, both the barrel and the slide recoil for a short distance together. The upper slide or top cover moves over the hammer head and cock it. The recoil spring lifts the cartridge from the magazine into the breechblock or rear barrel. The slide releases and forces the cartridge forward. The locked-breech mechanism prevents the next round from entering the breechblock prematurely. The breech first opens once the existing bullet has left the barrel and the high pressure in the barrel has decreased. The locked-breech in other words slows down the reloading process and prevents the risk of damaging the weapon or injuring the shooter while the pressure in the barrel is still high. An additional safety feature of the P38 is the metal rod indicator extended out of the top rear end of the slide when a round is in the chamber. (See illustration above). The pistol is not only known for its safety features but the detonating mechanism is capable of performing a single or a double action firing rate. The aligned barrel and slide locking block design provides good accuracy and stability that increases the reliability of the weapon even more.

The Walther P38 became increasingly popular. The Wehrmacht (German Army) adopted the weapon as one of the standard service pistols during World War II. The existing and well-known Walther firearm plant (Waffenfabrik) in Zella-Mehlis, Thuringia, Germany could not keep up with the demand in production. American forces too captured the plant during World War II and when it was partly air bomb, several other German firearm plants continued with the production of the P38.

The Walther plant at Zella-Mehlis, Germany has a long history. Carl Wilhelm Freund Walther (1858-1915), a trained gunsmith, started his rifle-making and repair business at his parents’ home in Zella-Mehlis at the age of 28. Firearm production increased slowly, but with the establishment of a new small factory in 1903, Walther became a well-known name within the firearm industry. After Carl’s retirement, his eldest son, Fritz (1889-1966) took over the business. With the help of a business partner, Fritz designed and developed the P38. 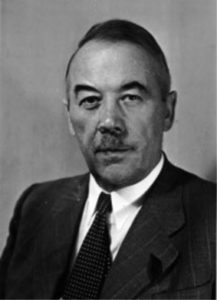 During World War II when firearm production at Zella-Mehlis came to a standstill, the Mauser Company in Oberndorf, Salzburg and Spreewerk in Spandau, Berlin continued with the production of the P38. Close to the end of World War II, Soviet forces who occupied the Zella-Mehlis region, dismantled the machinery at the Walther plant and moved the entire content to the Soviet Union. When Fritz finally raised enough money, he established a new Walther firearm plant in Ulm, West Germany.

The first Walther P.38s manufactured at the Zella-Mehlis plant were initially marked with the Walther logo on the side of the pistol. The name Walther was replaced by a code 480 in 1940 to safeguard the firearm plant against potential attacks from Allied forces. After two months the letters ac replaced the 480 code. The first P.38 prototypes were marked by a 0 prefix followed by the rest of the number. 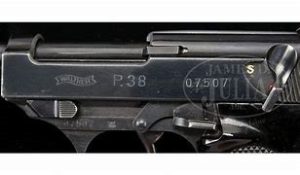 Figure 3: Markings such as the Walther was replaced by a code to protect the identity of a manufacturer.

The Mauser Company, the co-manufacturer of the P38, used the letters byf and svw as identification codes. Spreewerk, the third manufacturer used the code cyq. These three companies produced approximately 1.2 million P38 pistols. After the war many countries such as Austria, Norway and the Republic of South Africa re-used the pistols. 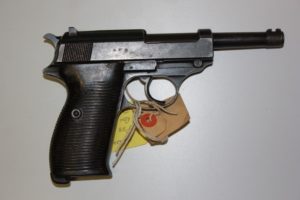 Figure 4: HG 42402: The P38 pistol in the collection of DITSONG: National Museum of Cultural History

The P.38 pistol is marked ac 41 and has a four-digit serial number. It was manufactured in 1941 by Walther at its plant in Zella-Mehlis, Germany. Neither the donor nor the owner of the weapon is known.