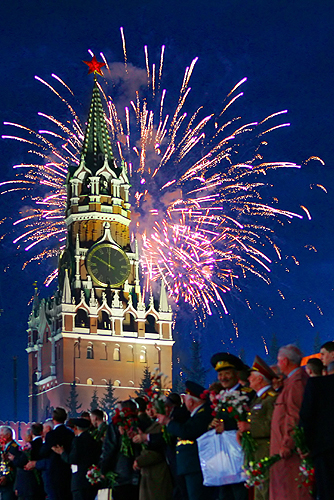 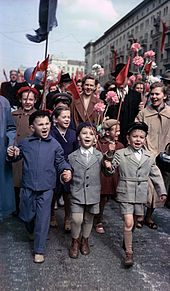 In 1889, a meeting of the Marxist International Socialist Congress chose 1 May as the date to commemorate the Haymarket Massacre (4 May 1886) where police in Chicago, USA, fired on and killed protestors who were demanding an eight-hour work day. This meeting also set up the Second International as an organisation to succeed the International Workingmen’s Association. The date was meant as an annual opportunity to incite protest in favour of workers’ rights and became known in most countries as International Workers’ Day or Labour Day. In Russia it became known as the Day of International Workers Solidarity until 1992 when it was renamed the Day of Spring and Labour. 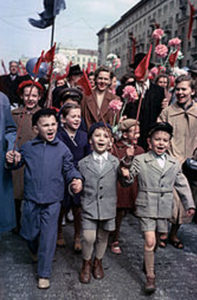 In Russia 1 May began as a day of protest, and “celebrations” on that date were made illegal. After the 1917 Russian Revolution, the Soviet Union maintained 1 May as an important official holiday celebrated with civil and military parades. A notable 1 May parade in Russia was in 1941 and hosted a German military delegation less than two months before Germany invaded Russia. Until 1965, the only 1 May celebrations which had been cancelled were the ones during Russia’s time in the Second World War where the Soviet Union lost 27 million lives. In 1965, a 1 May celebration was cancelled to make way for the Moscow Victory Day Parade to remember Russian sacrifice and celebrate Russian victory in the war. Military parades continued being held on 1 May until 1969, and in 1979 there was a brief exhibition drill and military tattoo of the Moscow Garrison. Steadily, the 1 May was again becoming a date on which to protest for workers’ rights, and the 9 May celebrations took precedence in Soviet government planning of celebrations.

Victory Day was celebrated throughout the Soviet Union’s existence as well as in satellite countries of the Eastern Bloc. From 1965, Russians could enjoy Victory Day on 9 May as a day off work. The Russian heroism of the Second World War, or the Great Patriotic War, became increasingly important as the events of the Cold War placed ever increasing pressure on the Soviet Union. 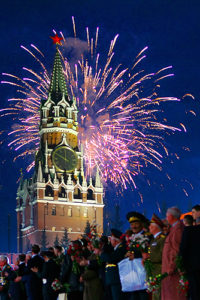 With the Cold War ending, 1 May regained prominence quickly. In 1991, fifty thousand people rallied in Red Square and, in 1992, there was “a rally of communist-orientated organisations” in Red Square. While 1 May remains prominent in Russia, there have been efforts to prevent protests and the day was renamed the Day of Spring and Labour in 1992, taking some of the bite out of it. Initially, the 9 May celebrations became much more frugal after the Cold War but that began to change again with the rise of Vladimir Putin. In 2005 and 2015, the 60th and 70th anniversaries of Victory Day became the largest popular holidays in Russia since the end of the Cold War.

Russia continues to work on retaining the world’s memory of Russia’s massive contribution in the Second World War, and in the DITSONG: National Military History Museum, the South African chapter of a Russian organisation called the Volunteers of Victory, is building a new display commemorating the Battle of Stalingrad.