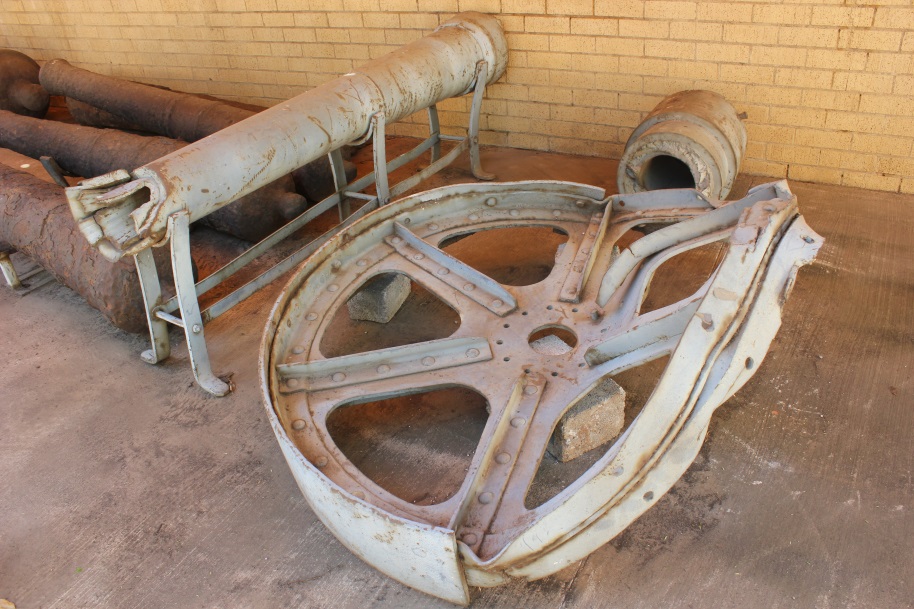 The “Lady Roberts” naval gun was used in many Anglo-Boer War battles. For example, the 4.7- inch formed part of a six-day battle at Dalmanutha near Belfast, Eastern Transvaal (today Mpumalanga) in August 1900. The battle started on 21 August 1900 and ended on the 27th when the Boers retreated. The British attacked 70 men of the Johannesburg Zuid-Afrikaansche Rijdende Politie Corps (ZARP). By September the Transvaal south of the Delagoa Bay railway line was under British control. The 4.7-inch British naval gun or “Lady Roberts” played an important part during this defence.

The gun was stationed on a hill near a British fortification that overlooked the Pretoria and Komatipoort road and railway line. General Ben Viljoen and his men attacked the British fortification and after 20 minutes of fighting the British surrendered and Viljoen took the gun by surprise. The Boers destroyed the “Lady Roberts” with dynamite because they did not have suitable ammunition. The remains were left in the veldt. Just after the war these remains (see photograph) were brought to the newly built State Museum (later the Cultural History Museum in Boom Street, Pretoria). The gun received a prominent stand on the northern side veranda of the courtyard at the old Museum. With the establishment of the new Cultural History Museum in Visagie Street, (now DITSONG: National Museum of Cultural History) the artillery moved to a specially built roof port on the western exterior of the building.

The “Lady Roberts” was manufactured at one of Britain’s gun works and originally designed as armament for battleships. It was initially mounted on a British ship in Simons Town, but later modified for field conditions to counteract the 155mm French Creusot or “Long Tom” guns of the Boers. The British was outranged and outgunned by the “Long Tom”. The Long Tom gun could firie a 42.6kg shell at a distance of about 10 154 meters. It left the British army with serious defence problems. The “Lady Roberts” on the other hand fired a 20kg shell at a distance of between 6 000 to 8000 metres, the best gun on Britain’s side in terms of distance.

The “Lady Roberts” can be viewed at DITSONG: National Museum of Cultural History during weekdays between 8h00 to 13h30. 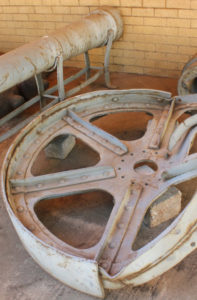