An introduction to some of the Anti-Tank Weapons in the collection of The Ditsong: National Museum of Military History

Home  /  News   /  An introduction to some of the Anti-Tank Weapons in the collection of The Ditsong: National Museum of Military History 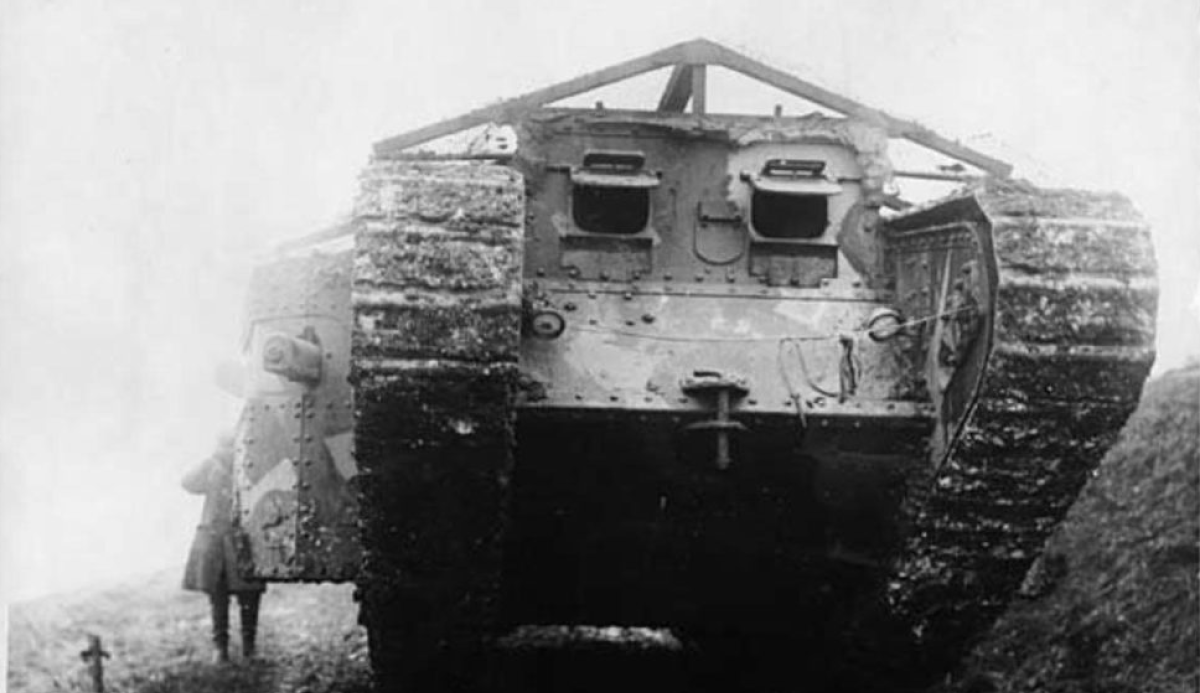 An introduction to some of the Anti-Tank Weapons in the collection of The Ditsong: National Museum of Military History 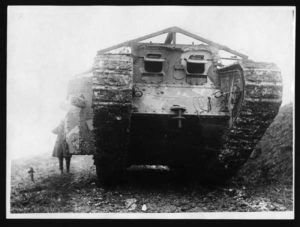 A new weapon is unleashed

On 15 September 1916 the first tanks made their appearance at Flers-Courcellette in the Somme River area in France. German infantry was terrorised and at a loss as how they were going to stop these slow, lumbering monsters.  Onwards across the moonscape of No Man’s Land, came the 49 British Mk I tanks. They were not stopped by thick belts of barbed wire and trenches. Hundreds of Germans were killed by the machine guns of the female tanks and the 6 pounder naval guns of the male tanks. The German’s standard 7.92 x 57 mm Mauser rifle and machine-gun bullets just bounced off the armour of the tank. 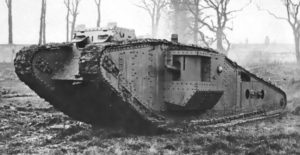 Some of the tanks were destroyed by artillery or trench mortar fire, but most ground to a halt due to mechanical failure or got stuck in deep artillery made shell holes. The British had tried but failed, but had warned the Germans of their new secret weapon. It would only be more than a year later in November 1917 at the Battle of Cambrai (northern France), that the British mastered the effective use of tanks en masse in a combined operation.

Steel plate shield had been used by snipers up until this time and both the German and British had thought of, and had used high powered hunting guns (elephant guns) to penetrate the steel plate and kill the sniper. The British developed special ammunition for armour piercing. The “Cartridge, Small Arms, Ball, .303-inch Mark VII S, Mk VII P and Mk VIIF” were developed for this purpose. This ammunition was limited specifically for British. The hunting rifles used by both sides were also not in general use.

The Germans introduced the idea of using a reversed Mauser bullet. They pulled the Spitzgeschoß bullet from the cartridge case with a pair of pliers.  A few extra grains of smokeless powder were added to the case and the bullet was reinserted into the neck of the case, but point first. The cartridge thus had a blunt boat tailed nose. This cartridge was able to be fired from a standard Mauser rifle.  At distances of about 100 m, this modified cartridge was able to penetrate the 6 mm thick portions of the British Mk I tanks. The bullets did not penetrate the tank on 12 mm sections, but caused the inside layer of the armour to splatter the tank’s crew with spall. This was not often deadly but damaged the crew’s face and eyes.

A more professional approach was the introduction of the K bullet.  This bullet designated “8×57 mm IS” had a hardened steel core and was effective up to about 100 m.

The most numerous and best known British tank of the First World War was the MK IV. It was first used in June 1917 and was quite successful. The armour was mainly 12 mm thick and stopped the reversed and K bullets. At the end of July 1917, a British major offensive was preceded by a heavy artillery bombardment. This caused large shell holes and damaged the drainage of the battlefield. When the tanks were unleashed, many got bogged down in the mud in deep shell holes, where they were easily destroyed by German artillery.

The Germans introduced a new anti-tank projectile for their standard 7,7 cm light field gun.  The 7.7 cm Kanone Granate Model 1915 mit Panzerkopf (7.7 cm Field Gun, HE shell Model 1915 with armour-piercing head). A high-explosive shell was adapted but with a steel nose head and, during the battle of Cambrai on 20 November 1917, some German artillery units had these armour-piercing shells available.

This report by a German artillery officer Lieutenant Jakubash of 4 Battery, 213 Field Artillery Regiment shows the ease with which the tanks were destroyed. “Tanks suddenly appeared to our front at Flesquieres, (6 km South West of Cambrai), not knowing what was waiting for them. I ordered sights to be set at 700 metres. With our third shot we knocked out a tank. In short order we followed this with three more. Then with my one remaining gun, we dealt with four more tanks.  It was like a shooting gallery”. 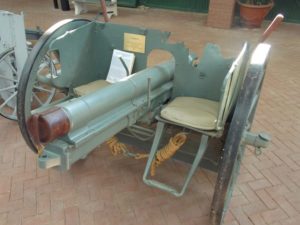 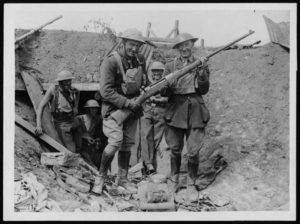 But what about the poor infantry

With the reversed bullet and the K bullet no longer able to pierce the armour of the MK IV British tanks, the Germans then up-scaled the standard Mauser rifle to fire the already developed 13.2 x 92 mm semi –rimmed cartridge which had been developed for the Maxim MG 18 machine gun for use against tanks and aircraft. This cartridge was developed by the Polte Munitions Factory in Magdeburg. The result was a single shot bolt action Mauser 1918 T- Gewehr, with a muzzle velocity of 785m/s. It weighed 41 lbs and had a crew of two. It was issued to standard infantrymen. When fired the Mauser rifle had large recoil. This recoil sometimes dislocated the shooter’s shoulder. At 100 m the penetration was 26 mm of armour and this slowly reduced to 18 mm at 500 m. The crew sometimes fired at the engine, situated behind the driver. This disabled the tank and the crew could be killed at the Mauser crew’s at will. The tank then became a sitting duck for German artillery. Mass production at the anti-tank rifle was undertaken at the Oberndorf am Neckar plant, starting in May 1918.  This was the world’s first anti-tank rifle. By the end of the war 15 800 of these had been manufactured. The DITSONG: National Museum of Military History has three examples of this large anti-tank rifle. 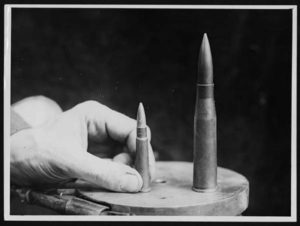