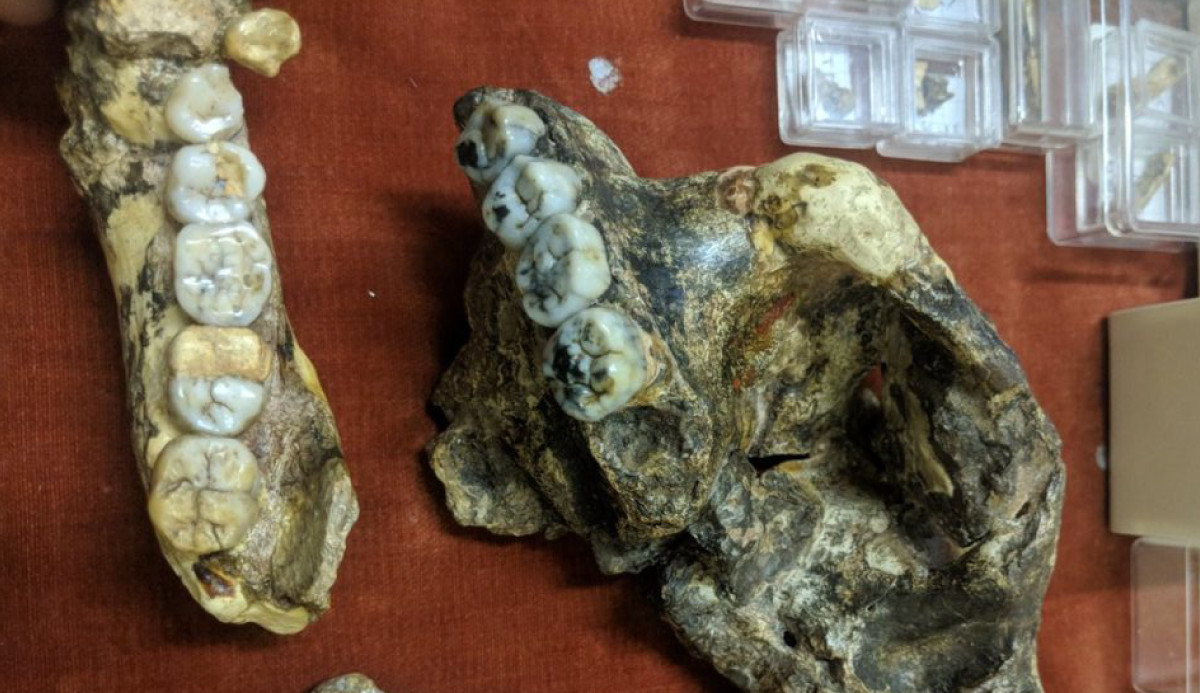 In 1938, Gert Terblanche, a 15-year-old schoolboy, discovered the first fossil of a robust ape-man (see figure), weathering out of a block of cave-breccia on the dolomite hillside of Kromdraai. Kromdraai is about 2 kilometres east of the Sterkfontein Cave (now part of the Cradle of Humankind Word Heritage Site, Gauteng Province) where Dr Robert Broom had identified the fossil of the first ape-man, Australopithecus africanus in 1936. In 1934, Broom obtained a position in the Palaeontology Department of the former Transvaal Museum (now DITSONG: National Museum of Natural History). 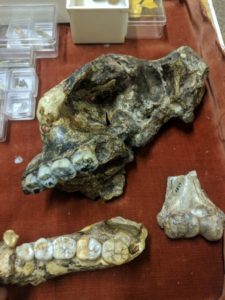 The Sterkfontein quarry manager (Mr Barlow) informed Dr Broom about the unique fossil that he had in his possession, a hominid fossil palate. He showed Dr Broom the fossil he acquired from the schoolboy, and noted that the breccia was not the same as that of Sterkfontein. Dr Broom decided to visit Gert and when he arrived at Gert’s house, he found his mother and sister, who informed him that Gert was at school and that he had found four lovely fossil teeth. Dr Broom was shown where Gert had discovered the fossil in an ancient cave infill on the neighbouring hill of Kromdraai, where he picked up some bits of the skull. He then proceeded to the school, where the headmaster located Gert, who, according to Broom “drew from the pocket of his trousers four of the most wonderful fossil teeth ever seen in the history of the world.” Dr Broom then proceeded to buy these teeth from Gert right away and discovered that two of them, a premolar and a molar, fit perfectly on the palate. Broom delivered a talk about caves and fossils to the students and teachers until school was dismissed for the day. Gert then took Dr Broom to the site and showed him a lower jaw that he had hidden there.

After cleaning and joining all parts of the skull, Dr Broom had much of the face and palate, as well as part of the braincase and the right side lower jaw (see figure). The teeth were larger, the jaw was more robust, and the face was flatter than Sterkfontein Ape-men. He called it Paranthropus robustus, a new genus and species that meant it was parallel to human line and had a robust physique. With its teeth, Paranthropus appears to have specialised in crushing and grinding hard things such as African potato tubers (Hypoxis hemerocallidea), roots, seeds, and hard berries. It is believed that Paranthropus were walking around the Cradle of Humankind between 1-2 million years ago. This specimen was later assigned a unique accession number TM 1517

The cave of Kromdraai is an unroofed dolomite cave filled with fossil bearing strata that have long been separated into two important and different localities: Kromdraai A. (KA) and Kromdraai B. (KB). The type specimen of Parantropus robustus (TM 1517), the only partial skeleton of this species identified so far (Broom 1938a, 1938b, 1942,1943), as well as other fossil hominin individuals (Thackeray et al. 2001) were discovered at the older Kromdraai B locality, which is known as the ‘hominin site.’

The younger KA, about 30 meters west of KB, has yet to yield human fossils and is thus known as the ’faunal site.’

We would not have known about TM 1517 if it were not for Gert Terblanche. May we have more Gerts for the advancement of science! This specimen is currently housed at DITSONG: National Museum of Natural History and the public is very fortunate as they can make an appointment to meet this iconic fellow together with their distant cousin, Mrs Ples!