The impact of Military Communication during the second World War (1939 – 1945) Military Equipment of the Soviet Union : The A-7 VHF Transceiver

Home  /  News   /  The impact of Military Communication during the second World War (1939 – 1945) Military Equipment of the Soviet Union : The A-7 VHF Transceiver 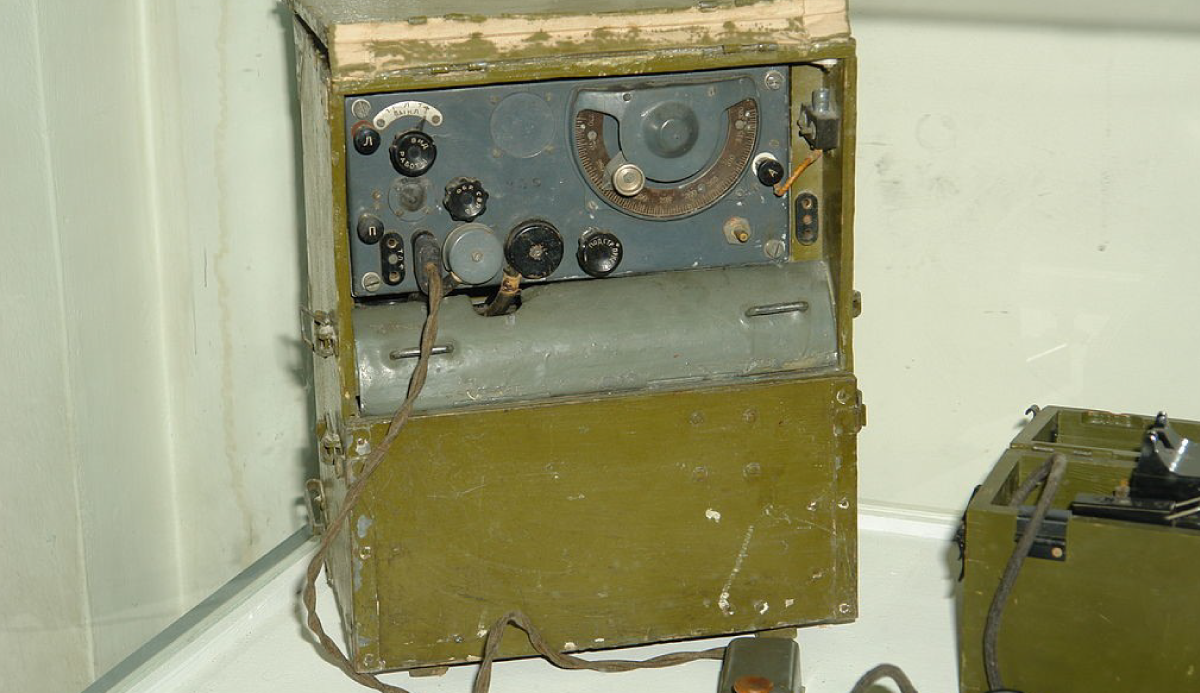 The impact of Military Communication during the second World War (1939 – 1945) Military Equipment of the Soviet Union : The A-7 VHF Transceiver

What is a military communication?

The military services learned from their wartime experiences the importance of scientific research and development in all fields, including communication electronics. Advances were made in the communication capacity of wire and radio relay systems and in improved electronic aids for navigation. The radio was the cheapest form of entertainment and it was the most popular medium during the Second World War. The accessibility and availability meant it fuelled propaganda and could reach a large number of citizens. The radio helped to entertain and inform the population and to encourage citizens to join in the war. It was mainly used to send electromagnetic signals over a long distance, to deliver information from one place to another.

Primitive methods of communication derailed messaging and always created uncertainty and authenticity of the received messages. The introduction of radio equipment made life easier and faster because radios use transmitters. A transmitter is an electronic device used in telecommunications to produce radio waves in order to transmit or send data with the aid of an antenna. The transmitter is able to generate a radio frequency alternating current that is then applied to the antenna, which, in turn, radiates this as radio waves.

Communication troops of the Ministry of Defence of the Soviet Union 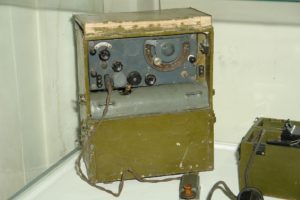 Figure 1: The A-7 VHF transceiver.

When I started working as junior curator at DITSONG: National Museum of Military History, the Soviet A-7 VHF radio transceiver captured my interest and it resulted in this article. The Soviet A-7 VHF radio transceiver (later models include the A-7a and A-7b) was developed during the Second World War and used for communication in rifle brigades and regiments. The complete station was designed to be transported by individual soldiers. The A-7 is a portable man-pack radio transceiver with narrow-band frequency modulation. The set can be used as a radio telephone in a wired network and managed remotely. Setting the frequency of the receiver and transmitter circuits is adjusted in tandem by one control handle. The antenna and buffer oscillator are common for the receiving and transmitting circuits.

The transceiver with power supplies and accessories is housed in a wooden box with shoulder straps for carrying as a backpack. For long distances, the set is carried by two soldiers. The set only requires one radio operator. The deployment time is typically not more than five minutes.

Design and features of the Soviet A-7VHF transceiver

Without doubt, the Soviet 1-7 VHF developed and used by the Soviet Union during the Second World War, was a masterpiece radio communication equipment. It involved high technology, but in a simplified form. The portable design features were almost of an advanced nature. With the development and advancement of technology it was possible for the creators to make more additions.