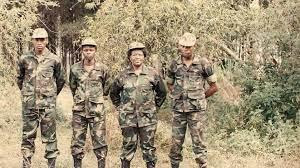 After the extended negotiation process before the adoption of the Interim Constitution (1994), South Africa embarked on the integration of its former adversarial military forces. This process continued under the new Constitution as adopted in 1996 (Act 108 of 1996). The South African National Defence Force (SANDF) was to consist of the South African Defence Force (SADF), the (semi) conventional military force of the Apartheid regime, the so-called homeland-armies of the Transkei, Bophuthatswana, Venda and Ciskei (referred to by some as the “forgotten armies of the TBVC” states), and the armed wings of the ANC and PAC (Umkhonto we Sizwe [MK] and the Azanian People’s Liberation Army [APLA]).

There were always mixed feelings about combining the former freedom fighters with the South African Defence Force because of the idea that the ‘terrorists’ cannot work with the servicemen. However, the integration had to continue and members had to converge at the Wallmansthal Military Base in Hammanskraal, north of Pretoria. This was a huge challenge because all these forces had trained differently.

uMkhonto we Sizwe (“Spear of the Nation”) had returned to South Africa to create core areas within the South African communities in which they operated with a certain degree of safety. MK intended to destabilise the country thereby forcing the South African authorities to negotiate. The returning MK soldiers (after the unbanning of the African National Congress) did not have any conventional training. 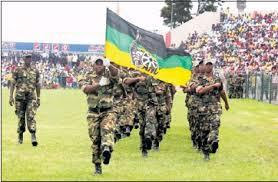 Figure 3: A display of photographs at the DITSONG: National Museum of Military History illustrating the integration of the different military forces.

The content specialist in the formation of military units had anticipated that all army formations would be disbanded (this included the South African Defence Force) in order for the integration to successfully going forward. However, this never happened and it was a huge compromise for the liberation army and the TBVC states, because of the diverse military backgrounds of all these forces. Soldiers underwent a 41 day orientation programme in conventional military skills. On completion of the programme the selection of successful candidates was carried out by evaluation teams of the South African National Defence Force, which included former uMkhonto we Sizwe officials.

After the 1994 elections, the social system of patriarchy in which men are regarded as the authority mushroomed within the SANDF and could clearly be illustrated with the two men steering the defence force. This was due as a result of two powerful systems that existed before the dawn of the new democracy. These systems are tribalism and apartheid. It made it difficult for women to climb the ranks within the force if it continued within the same pace.

The process of transformation within the force is happening at a snail’s pace, however, I am impressed that the previous Minister (Ms Nosiviwe Mapisa–Nqakula) and the current one (Ms Thandi Modise) are women. They are now given a task to push and improve the image of the force and hold a hand to those ladies who are willing to grow within the defence force.

The fundamental shift has been accomplished within the force, however, the unknown forces of integration, those who did not qualify to be part of the new defence force, were left shattered.

The Department of Defence will continually review the White Paper and moreover Chapter two that addresses the challenges of transformation. The government of national unity also recognised that the greatest threats to the South African people are crime, violence and social economic problems such as poverty, unemployment, poor education and lack of housing.

Thanks to the Military Veteran Department that assists the former soldiers with the necessary skills to empower them.