COMMEMORATION OF 60 TH ANNIVERSARY OF UMKHONTO WE SIZWE (MK) COMMUNICATION CENTRE AND OFFICIAL OPENING OF THE KULIKOV EXHIBITION AT THE DITSONG NATIONAL MUSEUM OF MILITARY HISTORY (DNMMH).

Home  /  News   /  COMMEMORATION OF 60 TH ANNIVERSARY OF UMKHONTO WE SIZWE (MK) COMMUNICATION CENTRE AND OFFICIAL OPENING OF THE KULIKOV EXHIBITION AT THE DITSONG NATIONAL MUSEUM OF MILITARY HISTORY (DNMMH). 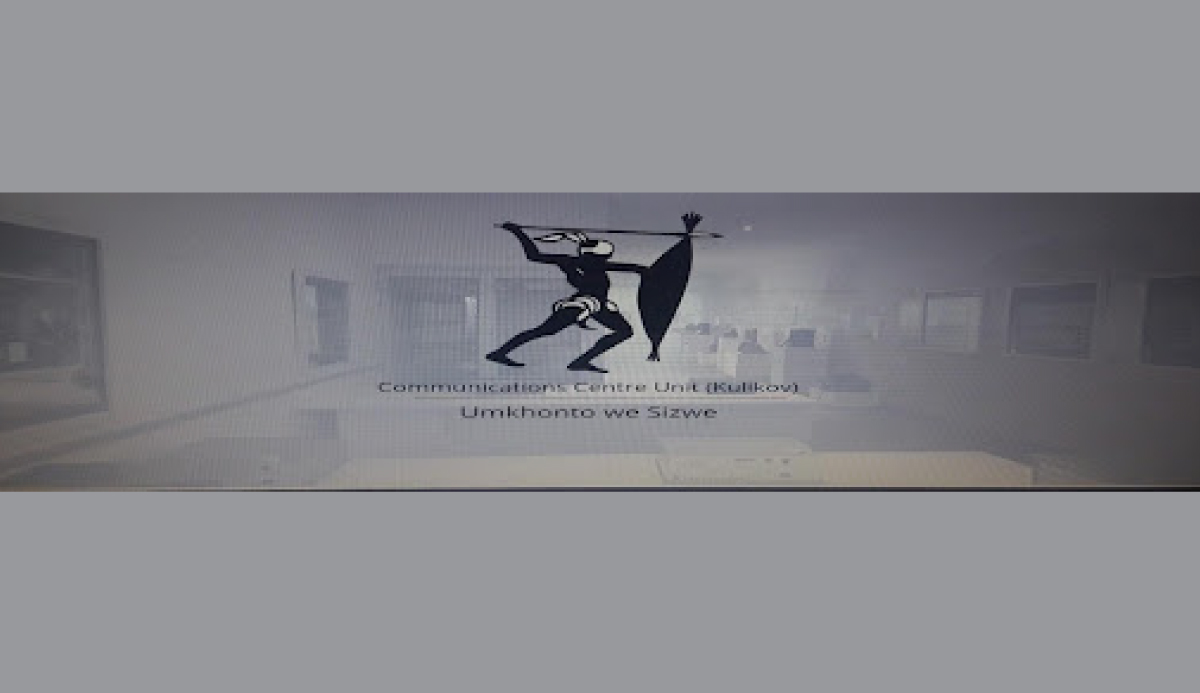 COMMEMORATION OF 60 TH ANNIVERSARY OF UMKHONTO WE SIZWE (MK) COMMUNICATION CENTRE AND OFFICIAL OPENING OF THE KULIKOV EXHIBITION AT THE DITSONG NATIONAL MUSEUM OF MILITARY HISTORY (DNMMH).

December 2021
Introduction
Umkhonto we Sizwe | Spear of the Nation (MK), armed wing of African National Congress (ANC) South Africa, recently marked their 60th anniversary on the 16 December 2021. International and national events were set to commemorate 60th Anniversary of the glorious army of MK, which was celebrated all over South Africa. Among these celebrations were the lectures at various universities and heritage sites. While at the DNMMH in Johannesburg Saxonwold the main event was the electronic warfare lectures by the MK Communication Centre Unit Kulikov Commanders; grand official opening of the new MK Communication Centre Unit Kulikov Gallery and commemoration of MK 60th Anniversary prior to the main day of 16th December: Heroes Day/Reconciliation Day. 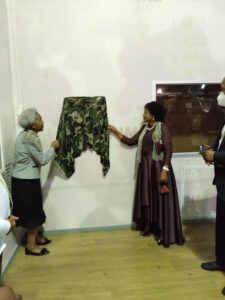 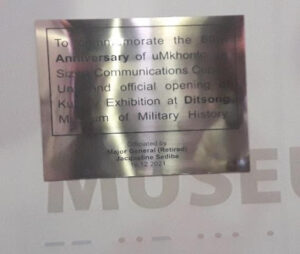 Commissar and Commander of MK CC Unit Kulikov: Dr Andile Nqcaba encourages South African youth to take subjects such as Physical Science and Mathematics and follow careers in the field of electronic warfare. He further mentioned that most of MK CC Unit Kulikov members have advanced their careers in this field and most are found in government departments such as the South African National Defence Force (SANDF), Telkom, and other private sectors. While others, are running their private business in the electronic warfare field. 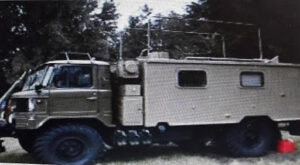 R108 Mobile Station is also known (A.k.a) as uMaGogo by the MK CC Unit Kulikov operators. It is also the first mobile radio station to be utilised by MK Communication Command. It could transmit over 3000 km on the Morse code. uMaGogo was deployed in Zambia, Tanzania and Angola. It was fitted with HF equipment and VHF equipment. With TX power output of 200 watts. One of the Commanders of MK CC Unit Kulikov: Oom Swanepoel (Mr. Patrick Mosomi) articulates how he remembers those days when he was using it as a sleeping bunker. 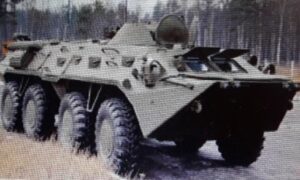 This BDRM was used as mobile communications command radio station by MK Communication Unit. It was fitted with variety of radio equipment to provide ground to air communication with helicopters. It is known that the communication could range up to 100 km with a telescopic antenna and 300 km with directional antennas on continuous wave (Kulikovcc.com).

Conclusion
MK Communication Centre Unit Kulikov Gallery was officially opened by the most senior Commander and Forerunner of MK CC Unit Kulikov Major General (Retired) Jackie Sedibe and Former Deputy President/ Madam Speaker Baleka Mbete at DNMMH on the 10th December 2021, prior to the 16th. They both gave a touching keynote address on the electronic war and the commemoration of MK 60th Anniversary. The event included the lecture and the past reflection on the individual Commanders of this Unit. Commissars and Commander of MK CC Unit Kulikov: Dr. Andile Nqcaba inspired and motivated South African Youth on taking school subjects such as Physical Science and Mathematics and to follow careers in electronic warfare. He further elaborates how most of their members have managed to advance their careers in government departments such as SANDF, Telekom, and other private sectors. MK CC Unit Gallery is about the military communication equipment and secretive communication methods such Morse code, Stenography, Cipher, Cryptographic and others. It is also fitted with various radio equipment and images of Radio mobile stations such as R108 a.ka uMaGogo and the BDR Radio Mobile Station. This Exhibition has set up a new tone to the electronic warfare in Africa. It is one of its kinds in Africa. Visiting this Gallery will be great exposure to knowledge on military communication and secretive communication methods. The other fascinating fact is that this Gallery has a special website: https://www.kulikovcc.com/ that provides additional data and interactive courses on the electronic warfare by the MK CC Unit Kulikov Commanders. This event was covered by Ekapa Television and broadcasted online. The Covid-19 protocol and safety rules were observed.