Years, Months, Weeks and Days leading to the Discovery of Mrs Ples 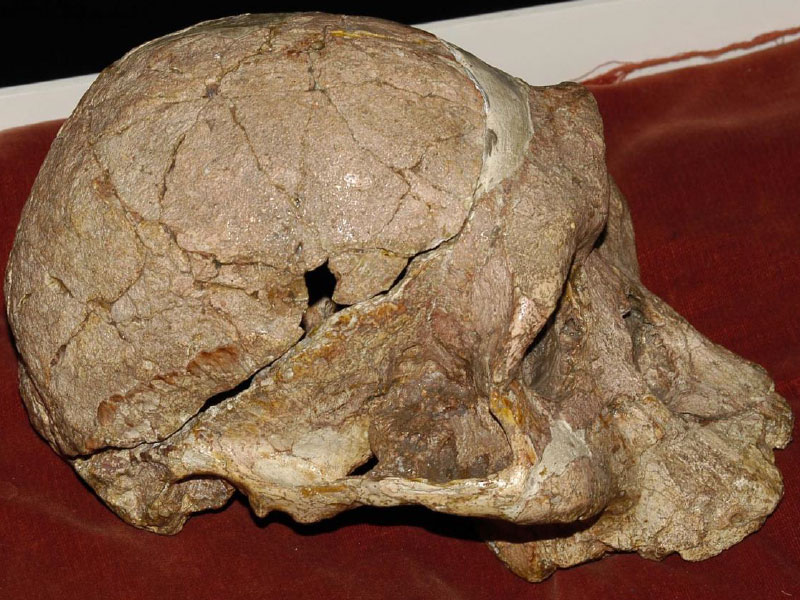 Years, Months, Weeks and Days leading to the Discovery of Mrs Ples

Lazarus Kgasi, junior Curator: DITSONG: National Museum of Natural History
Dr Robert Broom was appointed to a position at the then Transvaal Museum (now DITSONG: National Museum of Natural History) in 1934. For a period of two years he focussed on collecting fossil reptiles,
but in 1936 he decided it would be worthwhile to investigate some of the caves in the then Transvaal (now Gauteng Province).

Dr Raymond Dart named the magnificent skull of a small child Australopithecus africanus after it was unearthed near Taung (North West Province) in 1924. According to him it was the skull of a hominid
transitional between hominids and contemporary humans, and that it was close to man’s ancestor, and so the long-sought missing link. Most English scientists disagreed, believing it to be a chimp-like hominid unrelated to humans. The difference of opinion stemmed mostly from the fact that the skull was that of a small child with milk teeth, as well as the difficulties in interpreting evidence. Dr Broom supported Dr
Dart’s view and was anxious to have further evidence. He reasoned that a search of the Transvaal caves might provide an adult Australopithecus skull, and that if he did not, he would be bound to make new
Pleistocene mammal discoveries, and might even get some new types of fossil man.

Dr Broom inquired about caves near Pretoria and discovered some minor caves 24 kilometres to the west. He discovered that some bone breccia had been mined for lime for years and that there was still a
lot of old breccia lying around. Dr Austin Roberts, an ornithologist at the Transvaal Museum, accompanied him to the location, where he discovered breccia packed with mammalian bones. Within a few weeks, he had figured out and named a new small mammal species. The discovery of small mammals related to living species, seemed to indicate that the deposit represented the Pleistocene period, probably the
middle Pleistocene. He was particularly interested in two larger fossils that he had discovered. One was a giant baboon, which he called Dinopithecus ingens and the other was a small sabre-toothed cat, which he named Felis whitei.

Mr G. van Son, the Museum’s entomologist, informed Dr Broom about more caves, 15 kilometres north of Krugersdorp, and he accompanied him and a few other Museum employees to the site. They
discovered numerous fossiliferous breccia from the prior work, particularly from larger animals. Among them were the teeth of a large extinct horse, the teeth of a large pig that appeared to belong to a species
he had already named Notochaerus meadowsi from diamond gravels, and the remains of a giant dassie that he named Procavia obermeyerae.

Two of Prof Dart’s students, Mr H. le Riche and Mr G.W.H Scheepers, travelled to Pretoria in the first week of August 1936 to meet him and show him the remains of a number of small baboons found in a
cave at Sterkfontein, 11.2 kilometres north of Krugersdorp. They agreed to take him to Krugersdorp where they discovered quarrying in a bone breccia deposit, as well as the remains of small baboons and other species. Mr G.W Barlow was the quarry manager and cave caretaker, and he had previously worked at Taung and knew something about the Taung child. Dr Broom asked if he had seen anything similar at Sterkfontein, and he nonchalantly replied that he had. Broom requested that he should keep a close eye on things, which he promised to do. About a week later, Dr Broom returned to Sterkfontein, where Mr
Barlow presented him with three lovely tiny baboon skulls and almost the complete skull of a big sabretooth cat. Mr Barlow gave him the brain cast of a large man-like ape that had just been blasted out the
following Monday when he returned to Sterkfontein. He could not find any more remains after a long search, but he did find a cast of the top of the skull on the cave’s side wall. He returned to the cave the
next day, and after much hunting, he discovered the base of the skull, and when the matrix close to it was removed, he discovered both upper jaws displaced, and significant pieces of the parietal bones and
much of the occiput. The skull forms the type of Plesianthropus transvaalensis and is now known as Australopithecus africanus.

The quarrying operation continued for about three years, with the exception of the first half of 1937, when Dr Broom was in America. The quarry was visited once a week and many teeth, fragments of other skulls, and a few bones were discovered. The Kromdraai skull was found in 1938. It had a fine mandible with most of the teeth, while one side (almost complete) of the mandible had been beautifully preserved. Dr Broom thought the Sterkfontein skull was very similar to that of Taung, but the Kromdraai skull differed in many ways, and the milk teeth were different from those of Australopithecus. Therefore, a question arose of whether it could be classified in the same family. It had a huge brain and was even more robust than the Sterkfontein skull in certain ways. Around the time of the outbreak of the Second World War (1939), quarrying operations and exploration stopped and Broom decided to focus on studying reptiles. 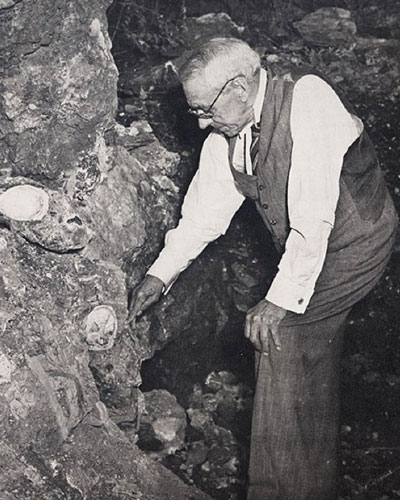 In 1946, a year after the end of the war, the Prime Minister at the time, General Jan Smuts, requested Dr Broom (just before Smuts left for Europe and America) to continue the search for more specimens of
what may be the missing link. He told Broom that he considered this study to be crucial for world understanding, as well as the credibility of South African science. He also promised Dr Broom that the
government would offer any additional funds that were needed. The Historical Monuments Commission, however, refused to approve any work at the caves unless Dr Broom agreed to collaborate with a field
geologist. Dr Broom regarded this as an insult and refused to continue with his work until the return of General Smuts. Once Smuts returned, he told Dr Broom to carry on. Work at Kromdraai began in January
1947 and continued through February and March 1947, yielding a vast and important collection of Pleistocene mammals, but no remains of the Kromdraai ape-man were discovered. Dr Broom was granted permission to continue his work at Kromdraai by the Historical Monuments Commission.

However, because he was not granted a permit for Sterkfontein, he decided to disobey the commission, and on the 1st of April 1947, he ceased working at Kromdraai and started working at Sterkfontein. At
Sterkfontein, he immediately discovered the crushed front snout of an adolescent, possibly male, a Plesianthropus (now known as Australopithecus) snout with sockets of the incisors and canines, as well
as the wonderfully preserved unworn crown of the two first premolars and three fine molar teeth. A few days later he also discovered a part of the front of an upper jaw with milk teeth of a very small child.

On 18 April 1947 a beautiful skull was blasted out of a site approximately three feet below where the type skull came from (see figure 2). The blow blasted off the top of the skull, revealing the interior of the brain case, which was coated with lime crystals. The breccia and crystalline that encased the skull were removed at his laboratory at the then Transvaal Museum (now DITSONG: National Museum of Natural
History) after many weeks of labour. Because of the delicate condition of the skull, it was thought that leaving a few parts of the internal breccia to hold the skull together was necessary, and portions of the breccia were left to support the jugal arches and the orbits were not cleaned out because there would be no support for the thin bone forming the floor of the front of the brain cavity. He gave the specimen the
name Plesianthropus transvaalensis, which he later changed to Australopithecus africanus, and concluded that it was the adult form of the Taung child. Her nickname has a long and illustrious history.
Mrs Ples’ nickname comes from her scientific name, Plesianthropus transvaalensis, which translates as “near-man from the Transvaal.” And the skull was accessioned as Sts 5, meaning it was the 5th specimen to be discovered at the site at that time.

Have you met this iconic specimen? If not, you are missing out. Make a date with Mrs Ples.