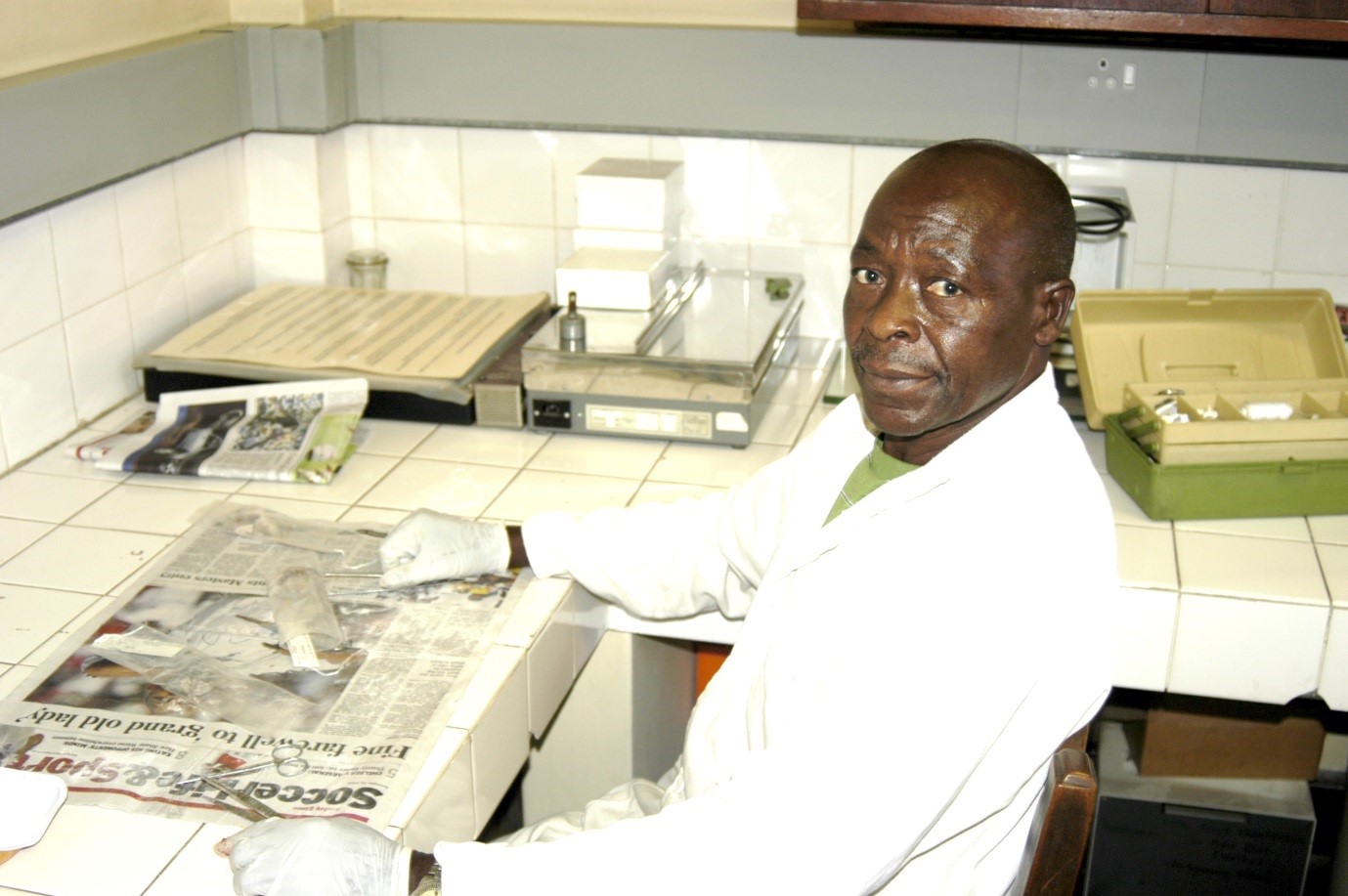 Sam Rantlhakgwa worked at DITSONG: National Museum of Natural History for 54 years (from 1956-2009) as a preparator in what was then the Mammal Department. He was trained by Saul Sithole who taught him preparation skills, and he became an expert skinner of birds and mammals. His skilled preparation of museum specimens together with the many years he worked at the Museum, meant Sam left an invaluable contribution to the southern African biodiversity record of bird and especially small mammal species.

Sam also assisted with fieldwork and collected many small mammals on trips with other staff from the department, in particular Dr Naas Rautenbach, a former director of the Museum. This fieldwork resulted in the book entitled The mammals of the Transvaal, as well as numerous publications on small mammals, mainly on bats of the northern parts of the Kruger National Park. A back injury eventually led to him requiring the use of a wheelchair. Those who worked with him admired him for his preparation skills, the way in which he cared for the collections, and the courage he showed in adapting to his disability, which, although it curtailed his participation in fieldwork, never diminished his superb preparations and his infectious cheerful nature. Sam also passed on his skills to others, and besides training those who worked alongside him, he was brought back on contract after he retired to train three other preparators.

A humble man, who gave so much and with such a positive attitude; he is missed, but his legacy lives on in the collections. 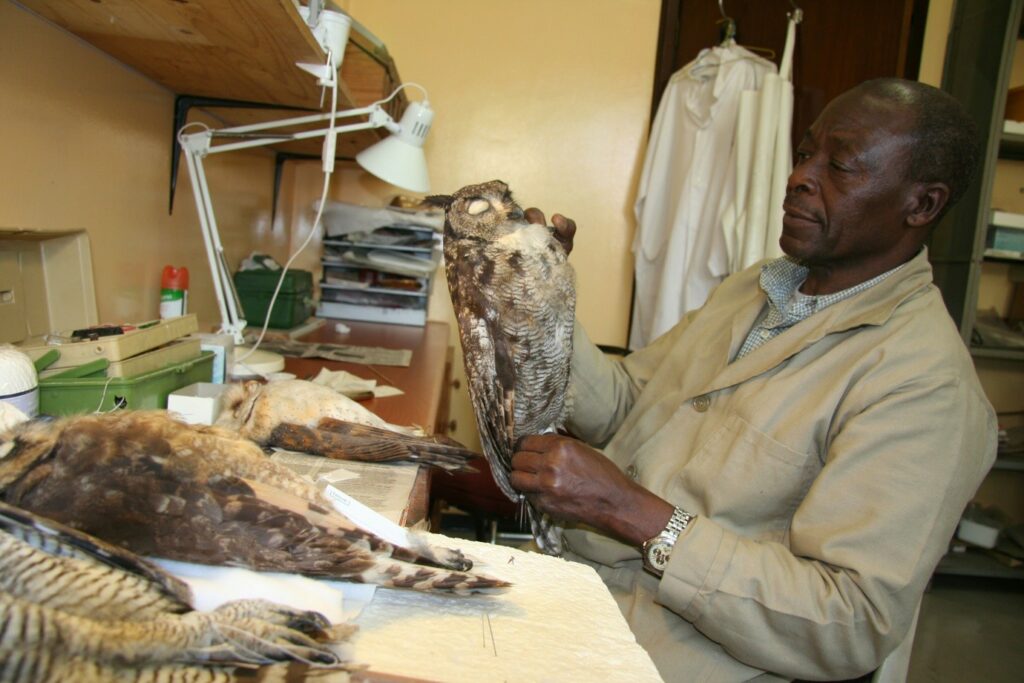 Sam Rantlhakgwa with an owl study skin he prepared.