TREASURES FROM THE PAST: A SIGNIFICANT CULTURAL PLACE

Home  /  News   /  TREASURES FROM THE PAST: A SIGNIFICANT CULTURAL PLACE 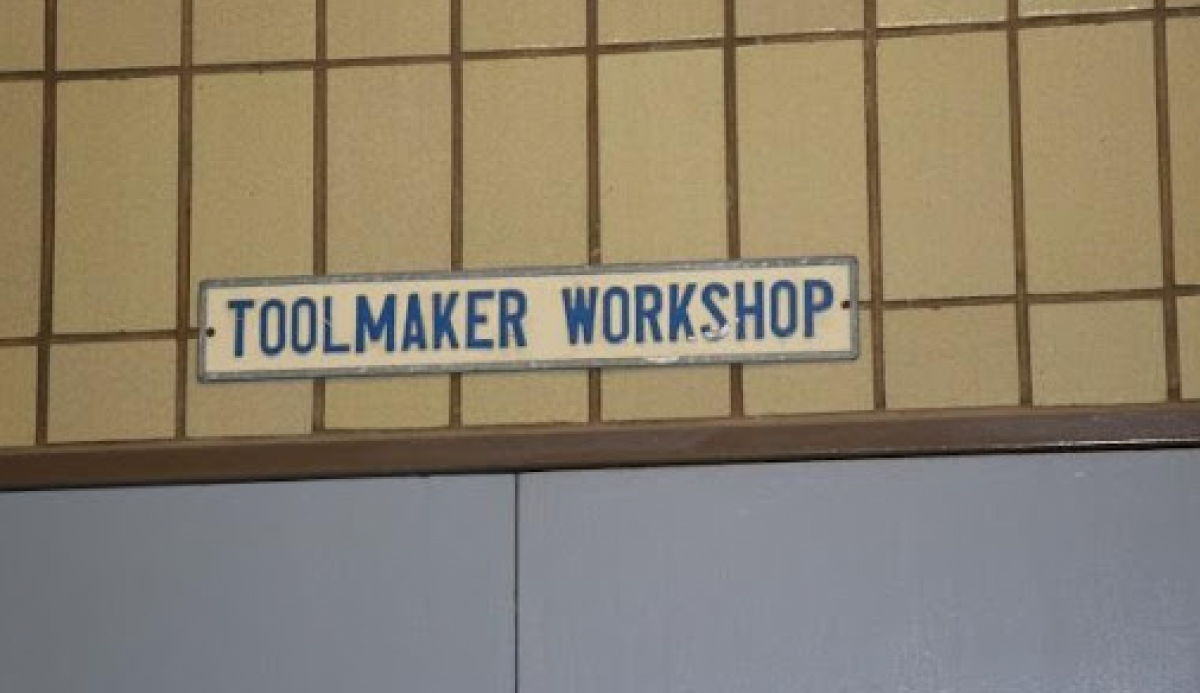 TREASURES FROM THE PAST: A SIGNIFICANT CULTURAL PLACE

Today the building of the DITSONG: National Museum of Cultural History still retains evidence of the old Mint. The site, situated between Minnaar, Koch (now Bosman) and Visagie Streets in the Pretoria CBD originally consisted of eight stands with an estimated value of £3 000, was selected in November 1914 as the suitable terrain to build the Mint. The site was founded suitable because the natural fall of the terrain provided sufficient water drainage capacity. 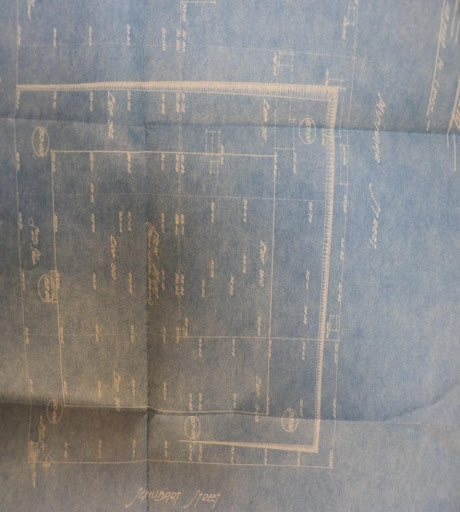 Figure 1: A plan of the proposed site for the Mint building. Eight stands were bought for development. (Source: National Archives, Pretoria).

The cost of the building totalled to £136 000. An additional amount of £205 000 for electric lights and the heating system was separately budgeted for.

The requirements for the new Mint plant (machinery) totalled to approximately £1 610 000. The denominations the Mint planned to coin included the shilling, sixpence, penny and half crown. A capacity of 50 000 000 coins per annum and the entire South African gold output of about £40 000 000 per annum were calculated in the planning. 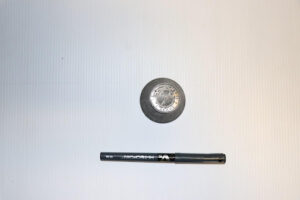 Figure 2: A die for a 1 Penny coin, dated 1898.  After the establishment of the new plant in Visagie Street, production continued on more advanced equipment. (Source: Numismatic Collection: DITSONG: National Museum of Cultural History).

A considerable number of hours were spent in planning the various rooms. Experts from the Mint in Ottawa, Canada and the Royal Mint in London recommended minimum space requirements for certain areas. These included the melting, rolling and cutting, annealing and blanching as well as the coining and weighing rooms. 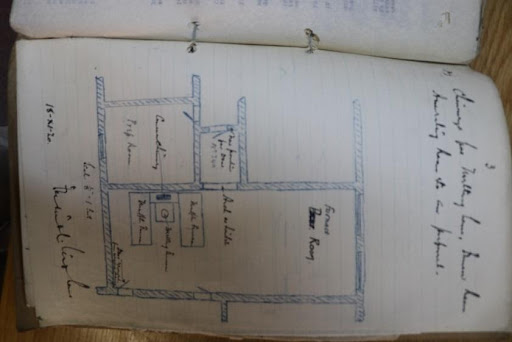 Figure 3: Experts from Ottawa, Canada, recommended separate furnaces for gold and silver (due to the difference in the melting point). The initial planning only indicated one furnace (round circle). (Source: National Archives, Pretoria).

Notice boards dating back to the Mint era are still visible above two of the doors in the carpenter workshop of the Museum. These boards are most likely associated with the adjoining rooms to the melting area.

Sir T. Rose from the Assay Department of the Royal Mint in London visited Pretoria on several occasions. Rose and the architect, Mr B.S. Olighton, discussed amongst others the room sizes of the South African Mint, comparing it with rooms of the Mint in London.

Comparative spaces of the working rooms between the South African Mint and the Royal Mint, London. Various talks between parties helped with the planning for the Pretoria Mint. (Source: National Archives, Pretoria). 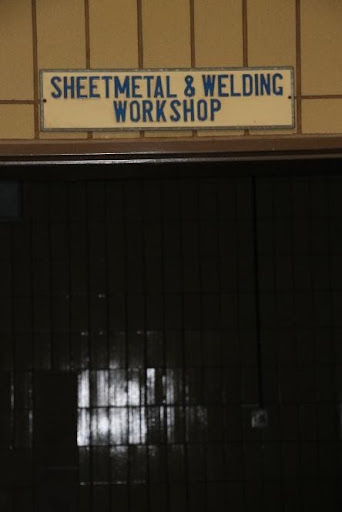 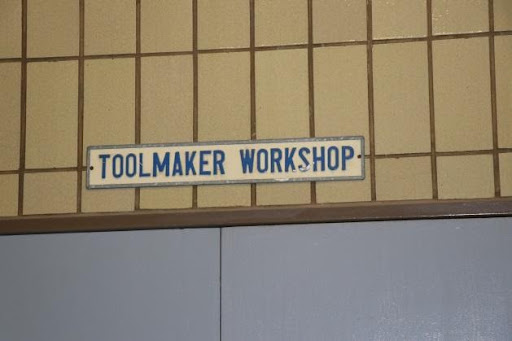 Windows and doors manufactured by Frederick Braby & Company Ltd in England and four strong room doors from the company Hobbs HART arrived in South Africa, six months after being ordered in November 1920. One set of two reinforced wooden doors at the Documentation and Marking area of the Museum is the only remaining feature which dates back to the Mint period. 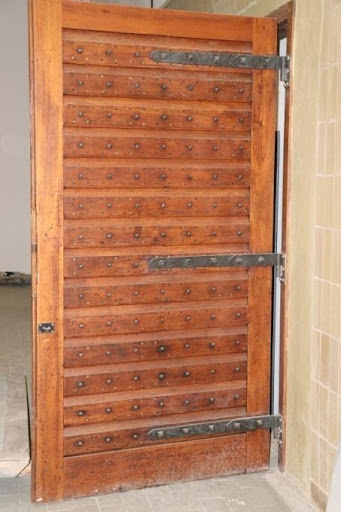 Figure 6: One of the remaining double wooden doors from the Mint period in the Museum.

The brass plate of Hobbs HART is still attached to the stronghold door which houses a part of the weapon collection on the western side of the building. The original brass door handles of the door of the second safe at the opposite eastern side, are still intact. 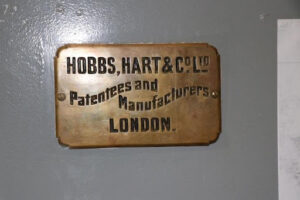 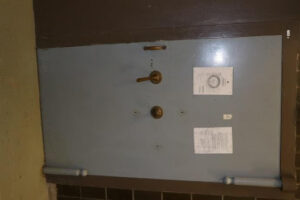 Figure 7 & 8: The stronghold doors of the two safes in the Museum. Left: Door on the western side. Right: Eastern side door.

In 1937 South Africa prepared for war. The Mint primarily became a factory for the manufacturing of ammunition cases and bullets. Adjustments, alterations and extensions to the building itself included a new loading plant with grinding (for crushing loading substances) and dark room facilities (for the projection apparatus). An amount of £45 000 was allocated for these changes and 36 new staff members were employed.

The new plant mainly focussed on the manufacturing of .303 Mark VII cartridges for the Lee-Enfield rifle and Vickers machine gun. With a 36-week production hour, the estimated outset was calculated on 10,000,000 rounds per annum. The Mint also built the casting ingots for the metallic portion of the cartridge. Modderfontein Dynamite Factory (East Rand) supplied the cordite and fulminate of mercury. For a short period, Imperial Chemical Industries, Johannesburg (ICI) supplied the steel strips for the cartridge clips. 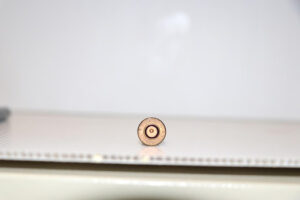 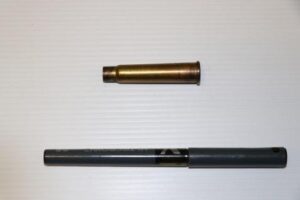 An extension of services at the Mint became vital to keep up with the increase in demands towards the end of the war. Larger artillery shell cases for the 4.5” Howitzer cannon and the 18 and 25 pounders became part of the production. 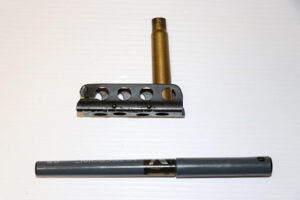 The production of larger shell cases brought new opportunities. Due to a lack of ammunition cases for the larger calibre cartridges, it was decided to place shells in a prefabricated so-called cordite bag. The Mint bought a sewing machine to establish this new service. 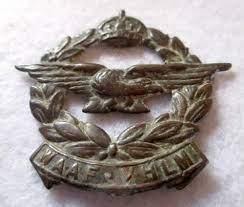 Cultural significance is embodied in the place itself, its fabric, setting, use, associations, meanings, records, related places and related objects. Places may have a range of values for different individuals or groups.

Places of cultural significance enrich people’s lives, often providing a deep and inspirational sense of connection to community and landscape, to the past and to lived experiences. They are historical records that are important as tangible expressions of identity and experience. Places of cultural significance reflect the diversity of our communities, telling us about whom we are. They are irreplaceable and precious.