THE DISPLAYING OF NAZI MILITARIA 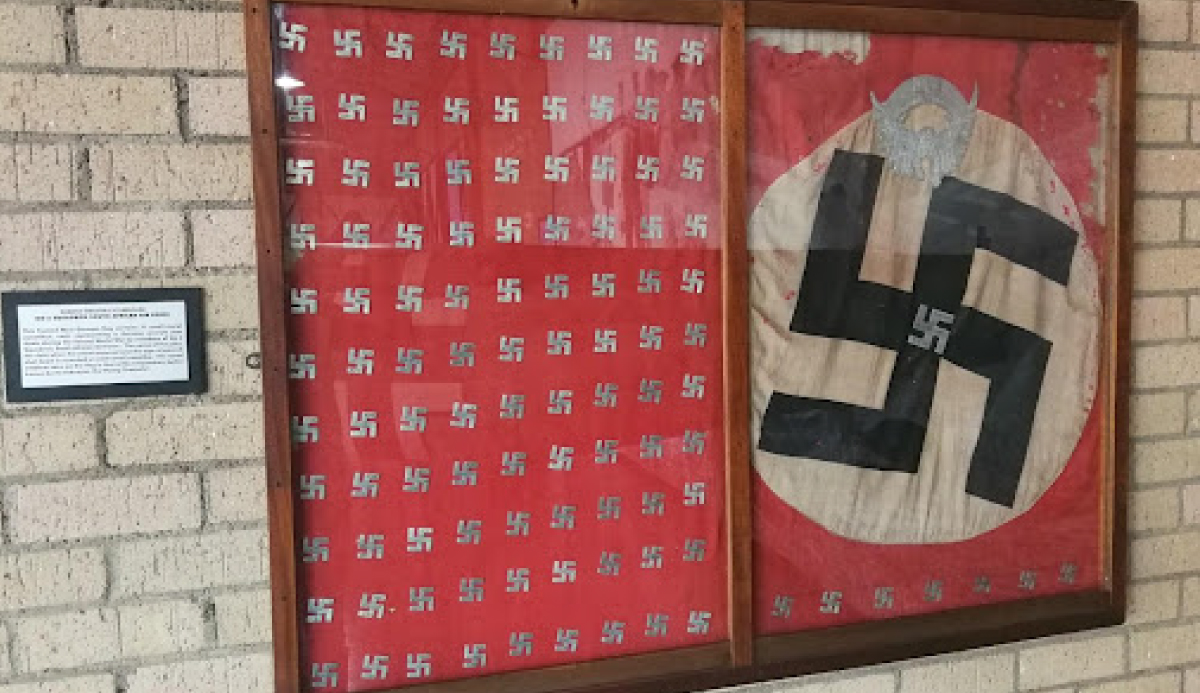 THE DISPLAYING OF NAZI MILITARIA

At the intersections between military history and militaria, education and entertainment, or collecting and revering, there is the controversy over how Nazi militaria should be handled. As distinct from most other militaria, Nazi militaria symbolises the political motivations of German belligerence in the period relating to the Second World War. The artefacts are a direct representation of the organised murder of several million civilians in concentration camps, death factories, ghettos, and by the surrounding villages and the purge of their populations. Targets of the killings varied widely, including Jews, Slavs, Catholics and Communists but originated with the singular idea of racial superiority. This may create a scenario where Nazi militaria may be considered hate speech. Germany banned the presentation of Nazi swastikas, but this decision was unsustainable. It also has the danger of creating an air of mystery about the Nazi symbol or discouraging discussing the topic. The world at large has grappled with how to present accurate history and celebrate the victory over fascism while being sensitive and avoiding the indulgence of Neo-Nazi enthusiasm. 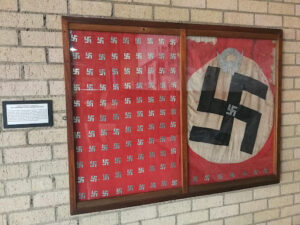 Figure 1: The Nazi flag near the entrance of the DNMMH was used by a South African Air Force squadron during the Second World War to mark their kills against the German air force. It is a clear symbol of the South African contribution to the defeat of Nazism. 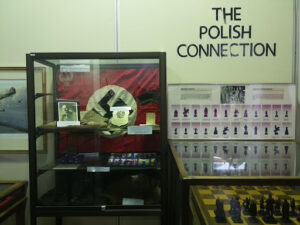 Figure 2: The Polish Connection display at the DNMMH includes a Nazi flag captured by Polish forces. This display primarily represents the sacrifices made by South African Air Force pilots in supporting the Polish Home Army resistance to Nazi occupation.

The Prevention and Combating of Hate Crimes and Hate Speech Bill of 2018 presented a problem in 2021. The bill was primarily motivated by the will to give teeth to laws protecting people of varied sexual or gender preferences. As the application of this legislation was slow, pressure built up to pass the legislation and forced a discussion about the more widespread impacts of the new laws. The South African Constitution provides freedom of expression unless the expression constitutes propaganda for war, incitement of imminent violence, or advocacy of hatred with incitement to cause hurt based on race, ethnicity, religion and gender. To consider alongside this is the 2018 bill which describes hate speech as being committed by anyone who “intentionally publishes, propagates or advocates anything or communicates to one or more persons in a manner that could be reasonably construed to demonstrate a clear intention to be harmful or to incite harm or to promote or propagate hatred based on age, albinism, birth, colour, culture, disability, ethnic or social origin, gender or gender identity, HIV status, language, nationality or migrant or refugee status, race, religion, sex, which includes intersex or sexual orientation”. This statement could criminalise the presentation of Nazi militaria if it is displayed in a way which promotes the racial hatred it defined. Being distinct from other German military militaria, which was pragmatic in design, Nazi militaria was designed to inspire awe in Nazism’s purported power and superiority. Museums displaying that militaria without any context could then end up unintentionally committing offences as described in the 2018 bill.

A simple solution for a museum is to display Nazi militaria in context by also presenting the genocide with which it is associated. Another solution might be to describe displayed Nazi militaria in a way which presents academic purpose. The 2018 bill provides exceptions which include examples of academic or scientific enquiry. For a museum to display Nazi militaria straightforwardly without any context would bring the display’s broader context into play. If the exhibit is in a museum or section designed to inspire awe, pride, or joy, then that could be perceived as the intention behind the display of the Nazi artefacts. Museums are not only visited for educational purposes but often for the entertainment value alone. Inspiring positive sentiment in Nazi militaria could be construed as promoting the violent racism it represents. Under the 2018 bill, this could potentially constitute hate speech. Consider the 2018 case of Velaphi Khumalo, who posted on social media “that the country be cleansed of all white people and act as Hitler did to the Jews”. The referencing of Hitler and Nazism is often used to communicate extreme hatred and violence. The purpose of this is to hijack the perceived power of the Nazis from the 1930s and 1940s and to convey the idea that the espoused violence could be successfully instigated. A display of Nazi militaria should be a part of a discourse presenting the associated genocide as deplorable. For propaganda purposes, Nazi militaria had been designed to project power and should not be displayed today in a way that indulges in the artefacts’ effect. 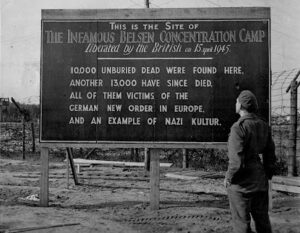 Figure 3: This is one of the pictures at the DNMMH, which is placed alongside the otherwise fancy-looking Nazi daggers in the Museum collection. The display includes the dagger of Joseph Kramer, who worked the Auschwitz gas chambers and later ran the Belsen Concentration Camp. Pictures of dead bodies from that camp are also on display.

The criticism which grew around the 2018 bill was not to oppose the presence of hate crimes and hate speech in the legal system but to improve the manner in which it is expressed. Changes to the bill were eventually made, including removing clauses that made it a crime to promote the commission of hate speech and improving defences for journalists, academics, artists and anyone acting in good faith. The adjustments remove some ambiguity and put museums displaying Nazi militaria in the clear, but there remains an ethical question of how to handle Nazi militaria sensitively. While the changes to the legislation are certainly improvements, they do extract some of the teeth that were initially intended for the protection of people living in fear of gender and sexual orientation violence. The changes also allow the open adoration of Nazism to be protected as legal freedom of speech. As long as any people openly worshipping Nazi paraphernalia do not directly threaten the violence it was designed to support; then they are not in contravention of the law. Freedom of speech also makes legal a photograph of a dead transsexual’s body alongside smiling people presented to the public with no context. To be illegal, there would have to be a clear statement that the outcome presented in the photograph is wanted. This protects people who unintentionally present insensitive material from being prosecuted, but it also protects people who want to propagate violence and hatred and can use the changes to the 2018 bill as a loophole. The difference is between relying on police and prosecutors to keep people in line and relying on people to actively participate in their democracy and find legal ways to stand up to insensitive presentations of material that normalise hatred and violence.

In January 2014, a heritage group held a car show in Cape Town in which they claimed to be preserving heritage by displaying and wearing Nazi paraphernalia; a sign they placed at the entrance read, “We condemn the atrocities that were committed during and after WWII”. The movement itself is suspicious in that it refers to atrocities after the defeat of Germany in the Second World War and does not refer to the well-known Nazi atrocities which began years before the war. More strange, and unfortunately a common thing, is that some of the attendees felt that the wearing of Nazi uniforms was the way to represent the German Second World War military. Most of the German military did not wear those uniforms. Those who did wear Nazi uniforms in the period of the Second World War were frequently engaged in the organised killing of unarmed civilians. Precisely what part of heritage were those car show attendees concerned about preserving, and why? Suppose the public and media had not stood up to what was insensitivity, at best. In that case, such events could increase and embolden any sentiments towards the murder of innocents, whoever the murderers might be and whichever innocents they choose to target.

In December 2021, the House of Austrian History in Vienna displayed what they referred to as “Nazi dreck” in an exhibit called “Hitler: From the Cellar to the Museum” and based on the theme, “What to do with remnants of National Socialism? “. The museum ironically expressed uncertainty about whether the items belong in a museum. That question is essential, and a museum setting was an apt place to pose it, making it a question that probably answered itself. As ever, the presented context and purpose are what make the difference. If displaying militaria of a sensitive nature without providing any context is not illegal, it is still immoral.

Generally, censorship does as much harm as good. Nazi paraphernalia demands the highest prices from collectors. This is partly due to some countries and companies limiting or banning its sale. Instead of avoiding and hiding a topic and its associated paraphernalia, the work of allowing for its presence in a responsible way is a braver and more functional approach. The 2018 bill simply removed controls regarding how to display material like Nazi militaria. While this can be argued as declawing worthwhile legislation, it is probably better to rely on the public and media to express distaste for insensitive or suspicious discourse. Meanwhile, however, it would be insensitive not to point out that gender and sex orientation murders continue to plague South Africa.