The first time I met Major John Keene was when I started working as junior curator of the communication and sighting survey collection at the DITSONG: National Museum of Military History (DNMMH) in August 2021. When I started doing verification of the collection, I came across handwriting that was very difficult to read, even when wearing my eyeglasses and using a magnifying glass. Out of curiosity, I asked one of my fellow curators to help me read the accession numbers and, in a loud voice, replied that it was John Keene’s handwriting. I immediately asked who John Keene was and realised his name was visible in every space of the DNMMH. I started asking around who knew him and who worked with him. Collection attendants, administrators and fellow curators described John described as a self-made person, a workaholic and disciplinarian, but yet a fair and firm colleague and a leader. Everybody agreed that despite everything, John loved the Military History Museum with all his heart and dedicated all his life to developing and building this institution, whether curatorial or academically. This article aims to pay tribute to the life of Major J.L Keene, former director of DITSONG National Museum of Military History (DNMMH). 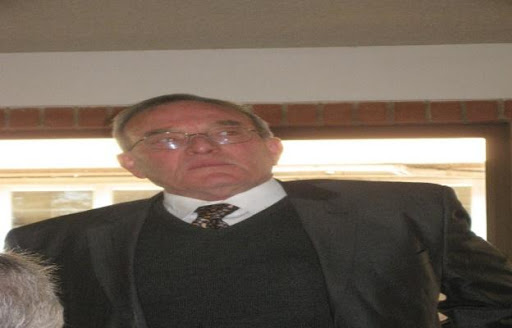 John passed away due to cancer in the middle of December 2021. Strange enough, the pain was so severe for a man I had never met, but I felt I had known him for a long time. One thing we share is the love for history and heritage, and we have Bachelor of Arts degrees in history and further ventured into other different academic disciplines. After his passing, I felt as if I met John at the same place, called for the same vocation, but at different times of our lives. DITSONG: National Museum of Military History’s library has a variety of volumes of files, military journals and books that he had written or contributed to. The Museum also houses a collection of objects that he donated.

Major John Limrick Keene was born on 15 May 1946 in Johannesburg. He attended Maritz Brothers College, a preparatory and high school for boys in Inanda, Johannesburg. At 20, he joined the then South African National Museum of Military History (currently known as the DITSONG: National Museum of Military History). John studied part-time and achieved an Honours degree in history at UNISA. He progressed in his career from a junior position as a curator. Because of his knowledge, professionalism and excellence, he was eventually appointed to the organisation’s executive management position. He was chief curator for several years until he became the museum’s deputy director in 1988 and the director in 2000. After 45 years of service, he retired as director of the DNMMH in 2011.

John Limerick Keene retired as the director of DITSONG: National Museum of Military History on 31 May 2011. He had a long association with this Museum, extending well beyond his term of employment, which began in 1966. Even as a child, he spent countless hours at the Museum. As a result of his enthusiasm for this Museum, since its earliest days, he has built up an extraordinary wealth of knowledge – not only about the history of the Museum and its exhibits but also about the military personalities who helped to bring it into existence.

During his long service with the Museum, John Keene also contributed extensively to the Military History Journal, first published in December 1967. He served as editor for many years. His numerous articles published in both this journal and the Museum Review also bear testimony to his expertise. It is most fortunate that John Keene is the kind of man who has always believed in communicating his knowledge for the lasting benefit of the Military History Museum’s staff. The editors of the journal who succeeded him were privileged to learn directly from him the principles of editing and layout, developing the special style of the journal that we know today.

In his farewell speech, John Keene implored his colleagues to continue the Museum’s tradition of ensuring that knowledge is passed on. He insisted that developing a curator takes at least five years of continuous effort, learning, and practical experience. His standards, whether in conducting research, writing up results, mounting a display, handling exhibits or maintaining the Museum premises, were always high. His most outstanding contribution to the Museum was his quality of leadership. During his term as director, he instilled in the staff an enormous sense of responsibility and ownership by insisting on the proper acknowledgement of work completed by his staff and encouraging problem-solving.

“Not only did John work for the Museum and in the world of his fellow museum colleagues,” remarked Brig General Deon Fourie in his speech at a farewell held at the Museum on the 27 May 2011, “but he gave concerned and expert work to the Honours Advisory Panel of the South African National Defence Force. As a long-serving member, he played a significant role in the reorganisation of the honours system and in the development of the new decorations and medals instituted by former President Thabo Mbeki in 2003.”

“In his life-long performance of duty,” concluded Brig Gen Fourie. “John has distinguished himself by his constant exceptional leadership, initiative and devotion to duty, all of which are reflected in the way he has served the interests of DITSONG: National Museum of Military History with dignity, pride, courage and devotion. John has stood as a guardian at this Museum we all love, protecting all South Africans’ military heritage. He deserved his career here, and he deserves a happy retirement”.

In recognition of his contribution to South African military heritage, the South African Military History Society bestowed on him life membership. As I walk in his footsteps in this Museum, I have a great feeling and excitement about the future, especially as a new curator working in a new discipline. I agree with him wholeheartedly that developing a reputable complete curator takes a lot of effort, learning, and practical experience. I think he deserves a posthumous award to be bestowed on him as the ‘uncrowned king of South African military heritage’. May the soul of John Limerick Keene rest in peace, and all his teachings, curatorial research, military history knowledge and heritage continue to inspire and help to develop future generations.