Home  /  News   /  COMING IN FROM THE COLD: MONTASPIS GILVOMACULATA BOURQUIN,1991 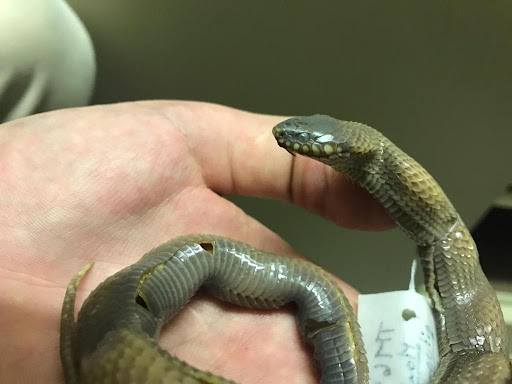 Museums play an important role in the conservation of biodiversity. It is particularly important to conserve rare or endangered species so that future generations can know about them. The Cream-spotted Mountain Snake (M. gilvomaculata) is one such species, which is located in the Hepertology Section of the DITSONG: National Museum of Natural History (Figure 1). 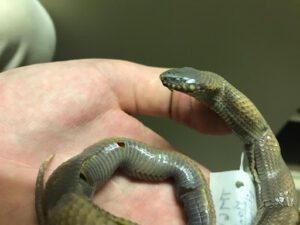 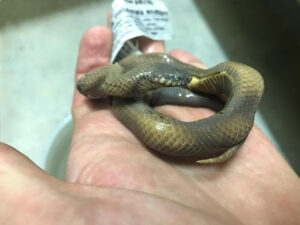 The Cream-spotted Mountain Snake (M. gilvomaculata) is limited to one province in South Africa, namely Kwazulu-Natal. Only four specimens have ever been recorded, three of which are currently in museum holdings. The description of Montaspis is based on two specimens, however, only a single type was designated. The holotype (single specimen) of Montaspis is an adult that was collected in the Cathedral Peak Forest in 1980.

This specimen was donated to the Transvaal Museum (now the DITSONG: National Museum of Natural History) and catalogued as TM 68088 where it is kept in the strong room along with numerous other reptile primary types specimens. Despite this species being described over 40 years ago, information about its general ecology remains vague at best and all known information pertaining to the collecting events of museum specimens are captured in databases and catalogues books. This forms the primary information available to researchers who might be interested in further studying this enigmatic species.

In conclusion, considering that only four specimens have ever been observed, it is evident that Montaspis has very specific habitat requirements, which presumably restricts them to high-altitude grassland areas of the KwaZulu-Natal Drakensberg in South Africa. Because there is little information known about its general ecology, it is regarded as Data Deficient by the International Union for Conservation of Nature (IUCN). This means there is inadequate information to make a direct, or indirect assessment of its risk of extinction based on its distribution and/or population status.