CHAPLAINS IN THE ARMY

CHAPLAINS IN THE ARMY

Military chaplaincies are a social institution within the army and like other social institutions similar to it have defined membership and social activities, which serve to regulate the society that they are part of. However, from the early days of English and African history, the state, the church and the army have been closely related.

From time immemorial it has been recognized that religion and religious faith are powerful factors in helping men to fight nobly for their country. This has also shown that from every battlefront in the two world wars there are inspiring stories about chaplains. It was recognised from very early times that those who were called upon to fight for kings and country in times of danger and emergency fought better if they felt the chaplain’s influence, or could be persuaded that their cause is just. This was done partly because soldiers and their commanders needed to understand that God was on their side and asked for the blessing from the higher power. However, it is very clear that early military bulletins did not have proper guidelines on the establishment of chaplains compared to the recent ones. The articles issued for the war against the French King in April 1666 were more specific with regard to religious observances, and the chaplains who did not comply with them were threatened with severe disciplinary actions. Currently, there are no such threats, and practical mandates for chaplains’ duties and roles are clearly formulated.

The chaplain first needs to have a Master of Divinity degree and an ecclesiastical endorsement by a religious group. This means that before chaplains are allowed on active duty they must first be educated, trained and recognised as a religious leaders for some type of church or faith group. The official narrative is that during times of war the services of the chaplains will be short to allow the soldiers to carry out their duties.

The chaplains are the religious leaders of the military services. Their major responsibility is to tender the spiritual and moral well-being of service members and their families by doing the following:

Chaplains are allowed to engage and advise the servicemen with topics and presentations that will assist them and their families during their service. These are thought-provoking issues and they are compulsory for all servicemen, unlike the church services. These topics help to mend relationships during the time of service and while they are out of service. They build a serviceman’s confidence and also help with issues of low self-esteem.

Subjects for discussion during the periods

Examples of topics discussed by chaplains are: 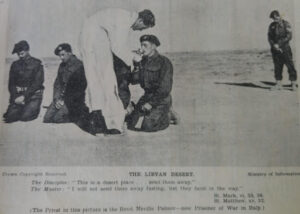 The unit and service

The founding of the South African National Defence Force (SANDF) in 1994 brought with it its chaplaincy. The chaplaincy comprises about 160 full-time chaplains fully representative in terms of race, gender and people with disabilities. There are also 250 reserve chaplains who assist to minister an average of 75 051 (Defence Web 2018) members of the SANDF and their dependents. It is the biggest military chaplaincy in Africa.

The chaplains are from the amalgamated forces, churches and other religions such as Islam and Hinduism. Similar to the Allied Forces, the chaplains in the South African Military Services provide parades, hospital visits, personal talks and distribution of parcels.

In keeping with the viewpoint that socio-economic matters should receive priority in Africa, SANDF’s involvement in the regions where they were stationed, consisted of social support and feeding services to the local population, especially to children on the streets and orphans. During deployment, chaplains also visit local churches to help build and donate to the house of the Lord. The chaplains are non-combatants as defined by the Geneva Convention, however, they do receive military training. When a member of the defence force departs from the world of the living, it is the responsibility of the chaplain to notify the family, give support and bury the departed soul. 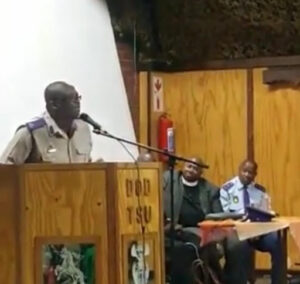 Figure 2: Chaplains of the South African National Defence Force and the South African Police Service accompanied by the reverend of the church, providing spiritual guidance to the members (Source: Social Media -Facebook).

The training of chaplains needs to be done in such a way that they are able to handle trauma during counselling. However, progress is observed within the SANDF where the unit consists of a social worker, psychologist and chaplain in charge.

The African religions and African beliefs are not part of the chaplaincy due to the majority of them not having formal qualifications and because they cannot get an endorsement from their faith group. They have to also accept that they have to go to war to provide spiritual leadership.

Sometimes when chaplains are deployed in communities of a different denomination, one needs to have an approach that is cautious to surrounding communities and also to have a clear human understanding.