The Ditsong National Museum of Military is investigating the possibility of obtaining the Cross of Sacrifice that had been the focal point of the S O E (Sons of England) War Memorial located in Paterson Park in Johannesburg. This article will explain the battle the Memorial commemorates, the Memorial itself and the reason why the Cross is no longer located on that memorial.

The attrition rate experienced in the First World War (1914 – 1918) was enormous and large numbers of casualties were inflicted on all sides.  After four years of fighting, thousands of cities, towns and villages around the world were affected by the tragedy of the loss of their own young men.  Preserving the memory of those who never returned home became a top priority in the 1920s.  The war memorial to the lost men of the war, which took many forms such as monuments, sculptures, buildings and gardens, became a familiar landmark in most of these areas.  This was as prevalent in South Africa where a significant number of memorials, in every shape and size, were erected in a similar fashion across the country. Many are still located in Johannesburg.

One such memorial is the Sons of England Memorial at Paterson Park in Johannesburg. This Memorial is dedicated to the men of the 3rd South African Infantry Regiment who were killed in October 1916 during the British offensive on the Somme. The Regiment was raised for Imperial service in 1915 and formed part of the 1st South African Infantry Brigade which saw service in North Africa in 1916 and on the Western Front in Europe from 1916 to 1918.  It consisted of volunteers drawn from the former Transvaal Province and Rhodesia (today Zimbabwe).

The Battle of Delville Wood is often recognised as South Africa’s only part of the British Offensive on the Somme in 1916.  Not many people are aware that the 1st South African Infantry Brigade also took part in another action in October 1916 during the final phase of that offensive.  The attack on the Butte de Warlencourt saw more than a thousand casualties suffered by the Brigade. 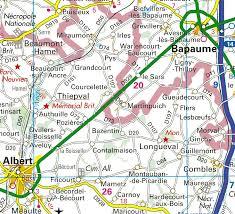 After recovering from Delville Wood and being reinforced by new drafts, the 1st South African Brigade, still under the command of the 9th Scottish Division, moved back to the Somme area of operations in early October 1916.  There the 9th Division once again came under the command of the British 4th Army which was readying itself for another attack on the German line. Their objective was the Butte de Warlencourt, a prehistoric burial mound located adjacent to the old Roman road which extended from Albert to Bapaume.  The Butte stood several hundred feet higher than the surrounding countryside and had become a position of great strength along the German main line which cut the Albert – Bapaume Road beyond Le Sars.  Two German trenches, known as the Snag and the Tail, were situated in front of the main line approximately 100 yards (91,44m) from the British line. 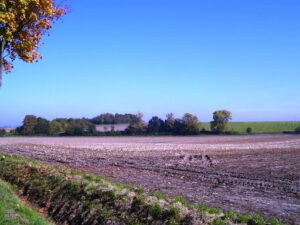 The British attack beginning on 9 October was carried out in heavy rain which turned the battlefield and trenches into a quagmire. It was remembered by most who fought there as one of the most exhausting and dismal periods of the war on the Western Front. 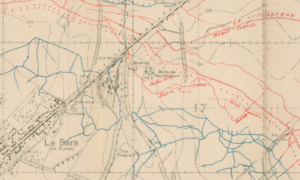 The South African Brigade went into action on 12 October. The attack was carried out on a single battalion front with the 2nd SA Infantry (SAI) Regiment leading and the 4th SAI following up behind.  The 1st and 3rd SAI were initially held in reserve. The attack on the Snag and Tail Trenches soon faltered under heavy fire from German machine guns which had been placed well back in prepared positions. Both regiments were pinned down in various areas between the British line and the first objective and the 1st and 3rd SAI were ordered forward to relive them. The 3rd SAI managed to occupy a deserted German strong point called The Pimple on 15 October and began to dig a new trench called Pearce’s Trench. Eventually, they were also forced to retire under heavy enemy machine gun fire.

Over the following few days, the men continued to charge the Tail and Snag Trenches but the German machine gunners remained in command of the situation. Another attack by the 1st SAI on the morning of 17 October saw the regiment lose its structure in the terrible conditions and suffer major casualties as German troops managed to infiltrate their ranks.  Eventually, the three companies of the regiment lost touch with each other. B Company failed to realise that they had reached the Snag Trench and continued beyond it. Both A and B Companies never returned.

During the night of 18 and 19 October, one company of the 3rd SAI moved forward again into Pearce’s Trench. At 04:00 the Germans launched a counter-attack using, amongst other weapons, flame throwers and succeeded in driving the South Africans back to their original line. By then the situation had become hopeless as there were very few men left.  The thick mud played havoc with their weapons and in many trenches, the wounded had to be dug out of the mud before they suffocated to death. Each stretcher required eight men to carry it while battalion runners found that they could not make it through the mud in quick time.

Eventually, the remnants of the South African Brigade were withdrawn on the night of 20 and 21 October and ordered back to High Wood.  This ended the South African contribution to one of the most dismal episodes of the Offensive on the Somme.

Several more attacks were made by other British units after the South African withdrawal, but the position remained in German hands and was not captured on any occasion, although elements of the British 50th Division did reach it for a brief period on 5 November. The Germans only relinquished their hold when they withdrew to the Hindenburg Line in April 1917.

Altogether 1 150 South African casualties were suffered during the attack on the Butte de Warlencourt. In many ways, this unsuccessful action was more reflective of the fighting on the Somme Offensive than the heroic stand at Delville Wood some three months previous.

The S.O.E. Memorial at Patterson Park

In 1917 the surviving men of the 3rd South African Infantry Regt erected a Wooden Cross of Sacrifice among the graves of their fallen comrades at the Butte De Warlencourt.  After the war, the Cross was brought back to South Africa where it became the focal point of the First World War Memorial at Patterson Park. A patriotic society called the Sons of England raised the funds needed for the production of the memorial.  This society was originally founded in Canada to promote friendship and patriotism amongst English people resident far from their country of birth. It was established in South Africa in the 1880s as one of many friendship societies and by 1910 twenty lodges had been opened around the country. Other such societies included the Oddfellows, the Loyal Orange Order, the Grand Black Chapter of Ireland, the Royal Antediluvian Order of the Buffaloes and the Good Templars, all of which had lodges in Johannesburg by 1911. A similar society of ladies was the Guild of Loyal Women.  None of these societies exists anymore with the Sons of England disappearing in the 1950s. 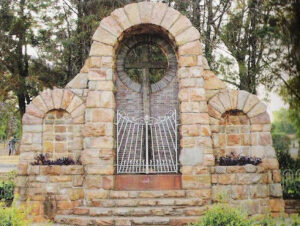 Figure 4: The S O E Memorial C1990 including the Cross of Sacrifice at Paterson Park, Johannesburg.

The memorial is symmetrical triple arched and constructed in fine hammer-dressed quartzite with the central taller arch flanked by two smaller arches.  The central semi-circular arch consists of an infill panel of blue-faced brick pierced with a circular opening which provides a visual frame for a timber cross.  The two flanking arches are set slightly back from the central arch and also have an infill panel created in stone. Both arches have a semi-circular plinth at the base which provides for small flowerbeds.

The cross, one of several battlefield memorial crosses erected on the Butte by the troops that fought there, was brought back by the men of the 3rd SAI in the 1920s.  It was vandalised in 2012 by persons who were intent on setting it on fire.  It was fortunately rescued by an official of the City of Johannesburg’s Department of Arts, Culture and Heritage and placed in the Sparks gallery in Orchards for safekeeping. 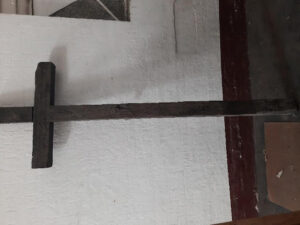 Figure 5: The Cross of Sacrifice is currently located at the Sparks Gallery in Orchards, Johannesburg.

The inscription on the memorial states the following:

“This Cross, erected in 1917 at the Butte de Warlencourt was presented by the surviving officers, NCOs and men of the 3rd SAI (Transvaal and Rhodesian) Regt.  Their names are inscribed in the All Soul’s Chapel”.

The inscription on the cross states the following:

“The officers and men of the 3rd SA Infantry Regiment who fell during the Battle of the Somme in October 1916”.

The All Souls Chapel is located in St Mary’s Cathedral in Johannesburg.

It is interesting to note that five similar such crosses were also erected by the regiments of the 1st South African Brigade on the battlefield of Delville Wood. These were also brought back to South Africa after the war. The Delville Wood Cross produced by the 3rd SAI was presented to St Johns College in Johannesburg where it is located in the All Souls Chapel at the College. 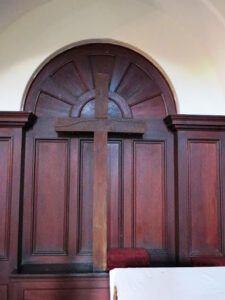 Figure 6: The Cross of Sacrifice in the All Souls Chapel at St John’s College.

The Future of the Cross of Sacrifice

In March 2022, the DNMMH was informed by the Director of Heritage at the City of Johannesburg, that the Custodian at the Sparks Gallery had passed away and that there is concern about the future of the Cross. He also reported that until Patterson Park is better policed and maintained the Cross would not be put back in its original position on the Memorial. A replica would instead be erected in its place. It is a possibility that the Cross could be placed on display at the Ditsong National Museum of Military History until such time that the original can be returned to the S O E Memorial.

Field Marshal Smuts PC, OM, CH, DTD, ED stated the following at the official opening of the South African National War Memorial, as it was then known, on 29 August 1947:

“… War memorials stand primarily as permanent monuments to the men and women who fought and died in the conflict.  They say much about the battles that were fought and the huge task of accounting for the dead long after the fighting had ceased. They speak of small incidents and large, disaster and success, the aftermath and the appalling waste of life.  Each memorial contributes its own part to the story of warfare.  Each has its own history”.

It is therefore important that the Cross of Sacrifice is saved and preserved for future generations to come.