THE FOUNDING OF THE BRITISH BROADCASTING CORPORATION (BBC): ITS IMPACT AND INFLUENCE IN THE WORLD WARS

Home  /  News   /  THE FOUNDING OF THE BRITISH BROADCASTING CORPORATION (BBC): ITS IMPACT AND INFLUENCE IN THE WORLD WARS
collen
News

THE FOUNDING OF THE BRITISH BROADCASTING CORPORATION (BBC): ITS IMPACT AND INFLUENCE IN THE WORLD WARS

The British Broadcasting Company as the BBC was originally called, was formed on 18 October 1922 by a group of leading wireless manufacturers including Guglielmo Marconi (Italian inventor and engineer). Daily broadcasting by the BBC began in Guglielmo Marconi’s London studio, 21-0, in the strand on 14 November 1922. The company with John Reith as general manager became the British Broadcasting Corporation in 1927. This was the first ever broadcast by the British Broadcasting Corporation or BBC. It had a staff of just four, and its mission was to educate, inform and entertain. It provided entertainment to cheer people up in difficult times. The BBC world service began in 1932, mostly for British people who lived in Africa and Asia. Radio as technology goes back to the First World War (1914-1918). Some people thought that radio could be used to broadcast a signal from a single transmitter so that different people would be able to tune in and listen, but there was a lot of hesitation about allowing broadcasting due to fears that it would interfere with the military use of radio. For example, the idea of broadcasting services was not really popular until after the First World War. 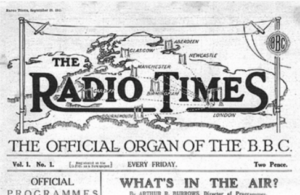 Figure 1: The BBC is founded. The first edition of the official organ of the BBC ‘The Radio Times’, 28 September 1923. – History of information files (https://www.bbc.com/historyofthebbc/research/radio-times).

Management structure and architecture of the BBC building

The BBC is a nominally autonomous corporation, independent from direct government intervention. It is run by an appointed board of governors. The general management of the organisation is in the hands of a director general, appointed by the governors. In terms of finances, the BBC has the largest budget of any UK broadcaster. Its budget for 2005 was approximately 3.8 billion euros. The principal means of funding the BBC is through television license fees. Such a licence is required under the 1947 Wireless Telegraphy Act to operate a broadcast television receiver within the UK. The cost of a television licence is set by the government and enforced by criminal law, but the revenue is collected privately and does not pass through the state before reaching the BBC, and hence it is inaccurate to refer to the BBC as a state broadcaster. Income from commercial enterprises and overseas from its catalogue of programmes substantially increased at the beginning of the 21st century. According to broadcasting researchers, the very existence of the BBC is so controversial today, and most historians tend to say that they are not present-minded, but one cannot study the history of the BBC without seeing its relevance for today’s debate on how broadcasting is funded, the way it is run, and about the nature and impartiality of its broadcasting coverage. One must also acknowledge that over the last hundred years the BBC has shaped British politics, culture and society in so many ways that to explore the history of the BBC is basically to consider the history of the last century of British life. 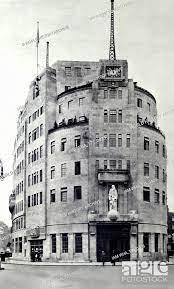 Broadcasting house is the headquarters of the BBC in London, situated in Portland Place. It is normally home to BBC Radio 2, BBC radio 3, radio 4,6 and 7. It was officially opened on May 14 1932, and it is difficult to comprehend how miraculous and transformative radio was in the early twentieth century. The architecture of the broadcasting house reflects those intense early attitudes about radio progress. Walking up Regent Street in London toward the bend where Regent Street joins Portland Place, one comes across the distinctive semi-circular portico of a Gothic spire of the All Soul’s Church. The BBC headquarters was erected in 1924. When approaching the broadcasting house, the distinctive radio tower with a semi-circular façade rises like a ‘temple of progress’ above the busy street, echoing the All Souls Church and declaring the start of a new enlightened age. At the front of the building are statues of Prospero and Ariel from Shakespeare’s The Tempest. Their choice was fitting since Prospero was a magician and Ariel a spirit of the air, in which radio waves travel. 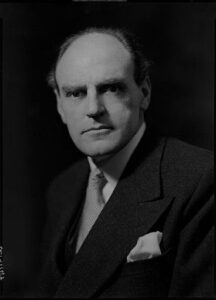 Figure 3: Lord John Reith, first Director-General of the BBC. He established the tradition of independent public service broadcasting in the UK. He served in this position from 1927 to 1938.  (https://en.wikipedia.org/wiki/John_Reith,_1st_Baron_Reith).

The role of the BBC during the World Wars

Television service which was still in its infancy at the outbreak of the Second World War closed down, but BBC radio proved more powerful than ever. Overseas language services expanded and, at home, BBC radio was reconfigured to deliver the home service and the forces programme. During the first weeks of the Second World War, public entertainment venues closed down in Britain. The blackouts during the war darkened the streets, and the people stuck at home turned to the radio as never before. They were seeking news updates but also diversion, a difficult balance for the BBC to achieve. Many hated what they heard, but the BBC had a seemingly unlikely star. Canadian-born Sandy MacPherson was the resident theatre organist during the Second World War. That is how listeners were kept calm. After Britain declared war on Germany on 1 September 1939, the BBC like the rest of the country was in emergency mode. It sent its music and entertainment departments outside of London and had to get government clearance for any non-staff entertainers. It shut down its developing television service and reduced radio to a single wavelength. It also stopped broadcasting sporting events.

What were the BBC television transmitters used for during the Second World War?

It was said that the strong signal from the transmitter at Alexandra Palace in London would provide navigational aid for enemy aircraft. At the same time, the radio service was reorganised with national and regional services brought into one home service. The BBC itself suffered directly from the events of the war. Broadcasting house and Maida Vale premises were bombed. Early on it was under pressure to counter the Nazi propaganda broadcasts of Lord Haw-Haw of Hamburg (a city in Germany), which to the dismay of the government, UK audiences found highly entertaining.

The BBC is currently the largest broadcaster in the world, with a staff of more than twenty-three thousand people, ten UK television channels, fifty-nine radio stations, local, national and international, and a strong presence on the internet. In Britain, more than thirty percent of all television viewing is on the BBC. People can watch BBC channels all around the world, and its popular television programmes and reality shows are widely watched. The simple humble beginnings of the BBC are phenomenal. The pioneers of this broadcasting giant would never have predicted that today in 2022, the BBC will celebrate its centenary with such majestic buildings, advanced technological infrastructure, global recognition, and massive human capital.

Finally, British broadcasting scholars and international media researchers all agree that the BBC has posed as a voice of Britain in the world since the 1930s. People in Britain tend to focus on the BBC’s role in entertaining and informing them as their national broadcaster. They do not dwell on the fact that it has also played a crucial role in projecting British culture overseas, British soft power if one wants to use the phrase. In many ways, it has acted as the key voice of British public diplomacy and propaganda. This has often involved a close relationship with the British government, but it presents itself to the outside world as an independent voice. It has over the years enjoyed some measure of autonomy. The relationship between civil servants and the government has been a really useful asset for Britain. Many listeners around the world still turn to the BBC as a trusted source of news, and that almost inevitably benefits Britain. It continues to portray an ambiguous relationship. The BBC and especially its news and current affairs are the very face of global Britain across the world. Without it, Britain would quite simply lose its identity and its presence.