PROTEST AGAINST PASS LAWS AND THE HERTZOG NATIVE BILLS

PROTEST AGAINST PASS LAWS AND THE HERTZOG NATIVE BILLS

Pass laws in South Africa were introduced during the colonial era (the 1700s) and they became more dominant during the apartheid era until it was successfully terminated in the 1980s. The Hertzog Bills (three proposed native bills) were introduced by the third Prime Minister of the Union of South Africa, General J.B.M. Hertzog during his tenure (1924-1939). These native laws brutally affected the rights of non-white/Africans, since they legalised segregation and control of the movement of non-white/African people in designated areas at specific periods. This article briefly discusses the protests against the Pass laws and Hertzog Bills.

Post-1910, various pass laws existed countrywide. Non-white/Africans remained inferior and oppressed under the Union. Pass laws in South Africa were used as an internal control system (segregationist tool) to monitor the movement of non-white/Africans. It implied controlling travelling and assigning the numbers of migrant labourers in white, urban and mining and industrial areas. Non-white/African men were obliged to carry passes especially when they entered the designated areas. A passbook without a lawful admittance at that time, allowed government or police officials to arrest and detain the carrier of the pass. These passes frequently became the most detested symbols of apartheid. These pass laws were originally applied to non-white/African men as a form of labour control. During the 1910s and the 1950s, attempts to apply pass laws to black women were encountered with remarkable protests.

In 1911 the South African labour sector became a territory of segregation and discrimination against non-white/Africans as two acts were enacted into law. The Mine and Works Act of 1911 reserved specific skilled jobs only for white people. The Native Land Regulation Act of 1911, confirmed that blacks who get injured in industrial incidents were to receive less compensation than whites. Blacks were to be prosecuted for protest and any breaches of their work contracts. They were also not permitted to join the military. 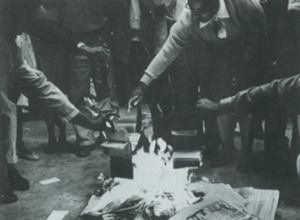 During 1924-1939, the third Prime Minister of the Union of South Africa, General J.B.M Hertzog, became the main motivator and executor of native legislation. During his premiership, he introduced three native bills which later were known as the Hertzog’s Native Bills/Hertzog Bills.

The Native Urban Areas Amendment Act proposed that natives/blacks could not purchase land in non-black urban areas, excluding at the permission of the Governor-General. The Act was passed in 1937 (Act No 46). The Hertzog Bills became an outcome fashioned of the legal framework for the apartheid system. However, the Hertzog Native Bills were widely discussed within extra-parliamentary political arenas. Multi-racial liberal political organisations (e.g. the All-African Convention) presented their evidence to the select committees, produced memoranda and submitted several presentations to the government.

From 15-18 December 1935, the All-African Convention (AAC) conference took place in Bloemfontein in response to the three proposed Hertzog Native Bills. The Convention was attended by about 400 delegates across a broad political spectrum of organisations, trade unions, civic, religious and professional alliances. The Convention made the following resolutions regarding the Hertzog Bills:

The convention recommended that the Cape Qualified Franchise, which was a prevailing fashion at the time, be adopted in other provincial systems, including the Union Parliament. It also recommended the adoption of a political identity which would protect the benefits of all races in South Africa. The Convention admitted that there was cultural diversity and requested the allowance expansion of liberties of citizenship to all races in South Africa.

The convention demanded the suitable rectification of the land problems and therefore received the effort by the government to deal with this matter. However, according to the Convention, there was a gross inadequacy in the maximum amount of land to be acquired by the Natives’ Land Trust. Out of the 100%, Africans were only offered less than 10% of the land, while the white government offered themselves more than 85% of the land. The Convention perceived it as unacceptable, as if they did not take the growth of the African population into consideration and that they would need more land.

The Convention’s resolutions on the Native Land and the Trust Act resolved that:

Demands would be submitted to parliament by a delegation of Africans during its next sitting. The delegation presented the standpoint of the African National Convention held at Bloemfontein in December 1935 at the bar of the House of Assembly. The AAC delegation submitted to Parliament the dispute that no permanent or peaceful solution of the franchise or land question was promising unless it is the outcome of a common agreement between representatives of white and black races, which is only possible through a discussions conference.

The Convention made the following resolution regarding the Urban Areas Amendment Act: The anticipated amendment of the Natives (Urban Areas) Act bullied to disorganise everything already organised by urban Africans in the way of self-development. This was rising at a time when no real efforts were being made to remove the causes of the drift to the towns of the rural African families. Therefore, the Convention respectfully and yet strongly urged the government to cease presenting further laws that interrupted the advancement already made by Africans in the urban areas.

The AAC attempted all communication methods to reach the government including landlines. The AAC used the telephone line to connect with the Native Land Council but without any response. They ended up giving them the nickname “telephone toy” since they did not respond to their correspondence. Without any luck, all the Hertzog Bills were enacted into law during 1936-1937.

Protests against the pass laws

The Pass laws’ discriminatory procedures ignited increasing dissatisfaction from the black residents. During the 1910s and 1950s, there was momentous resistance to the pass laws being applied to black women.

In 1919 the revolutionary labour movement, the International Socialist League (South Africa), in collaboration with the Industrial Workers Union of Africa and the ANC, organised a major anti-pass campaign. In 1923, the Native Urban Areas Act considered urban areas in South Africa as white-only areas, while all black African men in cities and towns were obliged to carry passes and permits at all times. Anyone found without a pass would be detained instantly and sent to a rural area. In 1930, the Industrial and Commercial Workers Union (ICU) and the Communist Party of South Africa (CPSA) joined forces in a ‘pass burning’ campaign.

In 1945, the Natives Urban Areas Act of 1923 was replaced by the Native Urban Areas Consolidation Act of 1945, which compelled influx control on non-white/African men and also set up procedures for removing people considered to be living idle lives in urban areas. This act drew requirements for non-white/African people “criterion” to reside legally in white metropolitan areas. To do so, they needed to have Section 10 privileges, based on the following:

In 1952, black women were subjected to strict influx control measures under the Natives Abolition of Passes and Coordination of Documents Act. On 26 June 1952, the ANC launched the Defiance Campaign. This eventually became an annual National Day of Protest and Mourning. In that year (1952), the Native Laws Amendment Act amended the Native Urban Areas Consolidation Act of 1945, specifying that all black people over the age of 16 were required to carry passes and that no black person could visit an urban area for more than three days unless allowed to by Section 10. In 1954 the non-racial Federation of South African Women (FEDSAW) was established. FEDSAW represented more than 200 000 women across the country, with 146 delegates. In 1955 FEDSAW in collaboration with the ANC Women’s Leagues and other trade unions launched strategies for a gathering at the Union Buildings in Pretoria to present women’s demands to the central government. 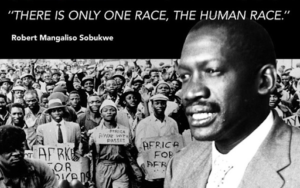 On 9 August 1956 August South Africa witnessed the fiercest resistance campaign ever against the pass laws. About 20 000 women of all races marched to the Union Buildings in Pretoria, to protest against the mandatory carrying of passes by non-white/African women. This movement continued to grow despite arrests in 1956/57. In 1958, more than 1 million black women were compelled to carry passes.

In 1959 a group of Africanists split from the ANC and established their own political party, the Pan Africanist Congress (PAC). On 21 March 1960, the PAC embarked on a defiance campaign under the leadership of Robert Sobukwe. The idea was to surrender their passbooks and to invite arrests. About twenty thousand blacks gathered near a police station in Sharpeville, near Vereeniging. There was uproar and police opened fire with submachine guns on the demonstrators. More than 60 black demonstrators were killed and more than 180 wounded. Victims included women and children. The PAC and ANC were banned and around 11 000 demonstrators were arrested. Nelson Mandela burned his reference book/passbook on 26 March 1960 in a demonstration against the Sharpeville massacre.

In the 1990s, political prisoners such as Nelson Mandela and many others were released unconditionally. In Post 1990s the ANC, PAC and other political parties were unbanned and the discussion for a new democratic era unfolded.

South African non-white/African individuals suffered under the apartheid regime. Pass laws were some of the most hated symbols of apartheid. Anti-pass protests and defiance campaigns were held nationally to oppose and send the message to the ruling government. Women played a crucial role in resistance protest against the pass laws in the 1910s and 1950s. Between 1916 and 1984, over 17 million non-whites/Africans were detained/prosecuted for the passed laws. Finally, on 24 July 1986, the South African government lifted the requirement to carry passbooks.

In 1994, the new democratic government decided to restore the dignity of African citizens by issuing the green bar-coded identity books to all South African citizens irrespective of race. These green identity books are currently used as evidence of identification for multipurpose reasons, i.e., applying for a bank account, driver’s licence, voter ID authentication, visa and passport application and many others. Over the last few years, the Department of Home Affairs introduced a new Smart ID card.

Despite the proposals tabled to parliament by many organisations including the All African Convention delegates, the Union proceeded to pass the proposed Hertzog Bills. The Native Representative Bill was enacted into law as the Representation of Natives Act No 12 of 1936. This Act finally removed Cape Africans from the separate voting roll, ceased the right to run for office and final replaced them with white representatives. The Native Trust and Land Act were enacted into law in 1936.  In 1937, the Native Urban Areas Amendment Bill was enacted into law as the Native Urban Areas Act No 46 of 1937. Throughout the 1930s up to 1994, the Hertzog Bills continued to be a strong foundation of the apartheid regime. However, post-1990 the Independent Electoral Commission Act of 1993 repealed all the Hertzog Bills/apartheid laws related to racial voting and paved a way for a democratic era. Therefore, in 1993, the Independent Electoral Commission (IEC) was created to facilitate the first non-racial democratic elections of the national and provincial legislatures, which were held between 26 and 29 April 1994. However, there are outstanding land issues related to the Hertzog Bills which the current South African government needs to resolve.

Everatt, D, The origins of non-racialism: White opposition to apartheid in the 1950s. Johannesburg, 2009.