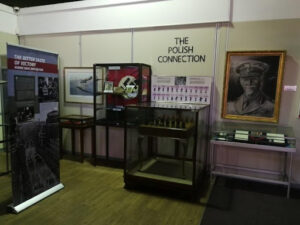 Figure 1: The Polish Connection display in the Brink Hall of the DNMMH.

As Nazi power expanded in Europe in the 1930s, every effort was made to avoid a war with Germany. Germany annexed Austria and the Sudetenland region of Czechoslovakia, claiming that they were incorporating German-speaking people into the nation of Germany. Then they began to annex territories not primarily populated by German-speaking people. A red line was drawn on Poland’s borders, and when Germany crossed that line in 1939, the Second World War began in Europe. Polish liberation became the symbolic cause for many Allied people worldwide who became wrapped up in what was fast becoming the first truly global war. As terrible as the Second World War was, many countries fought side by side and developed friendships that would otherwise have been less likely. A legacy of the war is the survival of many of those international connections that still live on today.

During most of the war, Poland was occupied by Nazi Germany. In Warsaw, Polish people worked in underground movements to resist the occupation and cause as much disturbance as possible to the occupying force. As Soviet Russian forces gained ground on Europe’s eastern front, the Polish Home Army became concerned about the prospect of being occupied by the Soviet Union when the Germans would withdraw. Despite being inadequately supplied, the Polish Home Army attempted an uprising in Warsaw to overthrow the German occupiers before the Russian forces could arrive. The attempt was desperate and unlikely to succeed, but it was also impressively brave and patriotic. It was the largest popular uprising in any Nazi-occupied city of the Second World War. Allied forces, including Russia, assisted by flying in airdrops of supplies to show comradery with the Polish people. It was British and South African pilots who took the lead. The flights involved were almost suicide missions with little hope of leading to a successful uprising. Still, the brave pilots committed to the effort as a show of defiance against Fascism and a demonstration of unity between the Allied nations. American and Polish crews also took part in the Warsaw Flights.

Poland recognised the South African effort and never forgot the sacrifices that were made. To this day, a healthy relationship exists between Poland and South Africa and annual commemorations are held in Johannesburg hosted by the Warsaw Flights Committee for the Polish Embassy. 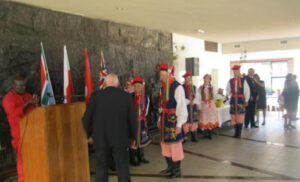 Figure 2: Traditional Polish dancers at one of the Warsaw Flights Commemorations at the DNMMH.

The mission to equip the Polish Home Army with airdrops involved flying a distance up to 3200 km over 11 hours from Italy over enemy territory at the limits of their fuel loads. Supplies had to be dropped from rooftop level over Warsaw under heavy anti-aircraft fire. The American Consolidated Liberator bombers, which were used for the missions, also faced enemy fighter planes, bad weather, the high Carpathian Mountains, and smoke from the burning city of Warsaw.

The airdrops were organised under 205 Group Royal Air Force (RAF), commanded by South African Brig Jimmy Durrant. It included South African Air Force (SAAF) 31 & 34 Squadrons, RAF 148 & 178 Squadrons, and the Polish Special Duties Flight. On receiving the mission, Durrant complained directly to Prime Minister Winston Churchill, pointing out that the mission could not help the doomed uprising and was suicidal. Churchill told Durant that his stated concern was valid from a military point of view but that the attempt was of value from a political point of view.

The uprising failed, but the statement of resolve and alliance was loudly sounded. Forevermore, Warsaw Flights SAAF pilots’ graves are lovingly maintained as far away as Kraków, Malta, and Belgrade.

Figure 3: This Warsaw Flights display shows a model of the United States Liberator Bombers that the South African pilots used.

The photograph at the beginning of the article is of a permanent fixture at the DNMMH. The Polish Connection display includes a Nazi flag that was captured from a German tank in Italy by 2/Lt Karol Benedykt Jaroszyński of the Carpathian Independent Rifleman Brigade. His drill jacket is also on display, along with a 1942 pattern Polish Air Force jacket. Hung on the wall is a charcoal drawing of Jan Smuts. It was made by Aleksander Szołomiak, who was a Lance Corporal of the Krakow Lands 20 Infantry Regiment. The portrait was presented to Marshal Smuts at the Union Buildings on 1 September 1942 by the unit’s Commanding Officer, Col. Aleksander Idzik. Marshal Smuts thanked him and replied with fond recollections of fighting alongside the Colonel in the North African campaign. Jan Smuts also mentioned the care with which South Africa would look after the hundreds of Polish children orphaned in the war who would be settled in South Africa. The display also includes a Coat of Arms of the Republic of Poland presented to the Warsaw Flights Commemoration Organising Committee by Jolanta Szymanek-Deresz of the Polish President’s office. Jolanta Szymanek-Deresz was later killed in the Polish President’s aircraft crash in Smolensk, Russia, in 2010. A commemorative brass plaque on display was presented to Warsaw Flights surviving SAAF Airmen by the Defence, Military, Naval and Air Attaché’s office of the Embassy of the Republic of Poland in London after the 1989 free elections in Poland. Also displayed is the bullet and shell from the explosion of the Liberator bomber W Mk VI No 161, which crashed on the night of 16/17 August 1944 next to the village of Łysa Góra near Krakow, southern Poland, on the way back to Italy after successful supply drops over Warsaw. The crew perished in the fire. The crew members were Capt. G. Lawrie, Lt. A.J. McInnes, Lt. O. Coleman, Lt. H.H. Lewis of the SAAF and FOAM Bonny, F/Sgt. R. Zambra and Sgt. G. Swift of the RAF. 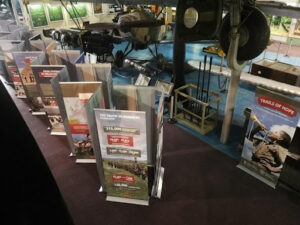 Figure 4: The Trails of Hope exhibition at the DNMMH.

On 10 June 2022, the DNMMH presented the Trails of Hope: Odyssey of Freedom exhibition in the centre of Brink Hall. The display presents the experiences of the Polish people through the Second World War and is placed near the Polish Connection display. The Polish Embassy in South Africa and Poland’s Institute of National Remembrance created the new exhibition, which is set to stand for an indefinite period, having replaced the First World War Centenary Exhibition.