WHY DID SOUTH AFRICA CHOOSE THE CROSSLEY INDIAN PATTERN ARMOURED CAR AS ITS FIRST ARMOURED CAR?

WHY DID SOUTH AFRICA CHOOSE THE CROSSLEY INDIAN PATTERN ARMOURED CAR AS ITS FIRST ARMOURED CAR? 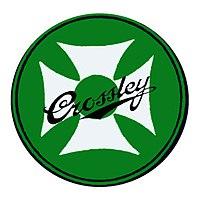 Crossley Brothers originally started a firm manufacturing textile machines. In 1880, they started to manufacture internal combustion engines, and by 1903 they had branched into motor car production, making 650 vehicles in that year. Owing to the demand for cars, they moved the car production factory from the suburb of Openshaw, Manchester, to a nearby site in Gorton in 1907. Crossley Motors introduced a new range of vehicles in 1909 with a 20-horse power engine which became popular. By 1910 the motor car production section had become an independent company.

This 20-horsepower engine, later known as the 20/25 model, was evaluated and purchased by the British War Office. With the formation of the Royal Flying Corps, the Crossley 20/25 in its tender (light truck) and ambulance forms was widely used. They continued to do sterling work with the Royal Air Force in 1917/1918. 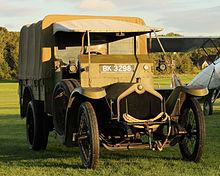 At the end of the First World War, Great Britain had excessive equipment for the smaller peacetime Royal Air Force. It was decided to give surplus aircraft, aircraft spares, hangars, and vehicles to some Commonwealth countries. The Union of South Africa received a total of 113 aircraft and about 40 Crossley 20/25 tenders. The first shipment of equipment arrived in the Union in September 1919 in knocked-down form. However, most components of the Imperial Gift only arrived in South Africa in early 1921. Lt Colonel Sir Pierre Van Ryneveld, the Director of Air Services in South Africa, and his deputy Kenneth van der Spuy, both well acquainted with the Crossley Tenders, eventually selected a site to erect a new aerodrome on a site named Zwartkop on the main Johannesburg-Pretoria Road, in April 1921. The new aerodrome, 3 km south of the main military camp at Robert’s Heights, was to be known as the Aircraft and Artillery Depot. Mechanics at this depot started to assemble the aircraft. The shipments included the Crossley tenders.

From early 1922 white miners started to agitate and strike against the mining bosses using black labour at a cheaper rate for jobs previously reserved for whites. The UDF foresaw the possible problems and hastened to assemble the Crossley tenders for troop movement. When the revolt started in March 1922, the Union Defence Forces used the Crossley tenders to transport troops from Pretoria to Johannesburg. The UDF, however, were hard-pressed to eject striking miners from some of their defensive positions. It became apparent that armoured cars could advance in such civil unrest situations under cover of armour plates. Rolls Royce armoured cars were used in German South West Africa during the First World War (1914-1918), but the Royal Navy had used these. The use of the UDF’s only 1918 Whippet tank during the revolt was less than successful.

The British Army in India, especially on the North West Frontier, required armoured cars post First World War. The Rolls Royce armoured car was well-known and probably would have been the first choice, but at a trail of contenders in England in 1923, the Rolls Royce could not ascend the steep cross-country gradient test. A Crossley-designed armoured car mounted on a Crossley-manufactured Indian Government Lorry (IGL) IGLs were superior in the trails and cheaper. In an extended trial, the rolling chassis was loaded with a 4-ton ballast and was driven on a 4 000-mile test around England, passing well. Crossley, at the time, also made a Commercial variant of the armoured car, which differed from the Indian Pattern. Only the Indian Pattern will be discussed, with some differences to the commercial Pattern noted. 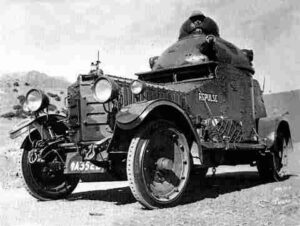 The engine and drive train

The engine designated by Crossley as a 25/30 model was a four-cylinder, in-line, water-cooled, 50-horsepower (37Kw) engine. The power was transmitted through a sliding pinion gearbox having four forward gears and one reverse gear. The drive was a Crossley 4x 2 system. This ensured that the Crossley had a top speed of 40 miles per hour (64 km/h) on a hard, flat road. The combined fuel tanks had a capacity of 18,41 gallons (83 litres), which gave a maximum range of 125 miles (201 km).

The above engine was mounted on a basic 30 cwt chassis which had been designed for an order for the Russian government but was never delivered owing to the Russian Revolution of 1917. When the Indian authorities requested trucks, Crossley used the existing chassis the British Army approved in India. In total, about 450 of these chassis, known as the IGL I.G.L.dian Government Lorry) with a truck, the body was supplied to India.

Four leaf springs, one at each wheel, were used as the main suspension. On the front wheels, long, curved, dumb irons meeting the semi-elliptical leaf springs were one of the main visual differences between the Indian and commercial Patterns.

The IGL I.G.L.ssis had large 30-inch (762 mm) rims with an overall size of a tyre of 36 inches (920mm).   The tyres were known as NAP N.A.P.rmal air pressure) but were, in fact, semi-solid. The front tyres were 5.5 inches (14cm wide), and the rear was 12 inches (305 mm) wide, having a double tyre on a single rim. This was perfect on challenging roads and ensured no punctures, but cross-country or in very sandy conditions, the front tyres were too narrow, causing them to dig into the sand.

The armoured body was cut from a steel plate of 7/32 inch (5.5mm) thickness. This had proved to be sufficient to stop a standard rifle bullet fired from a German Mauser 98 rifle. Each armour plate was tested. The individual plates were bolted to an angle iron frame. This brought the mass of the armoured car up to 5 tons (5 080 kg).

The turret was domed and had a 60-inch (1520 mm) ball-bearing turret race. The turret was rotated manually by either the commander or the machine gunner. The turret had four-ball mounts each for a .303 Vickers machine gun. Normally only two Vickers were installed – one facing forward and one to one of the sides. A total of 3 500 rounds of .303 Mk VII rounds were carried in fourteen 250-round canvas belts. Each belt was carried in a steel Vickers ammunition box. These boxes were carried in two racks of six, each mounted on the interior sides. The other two boxes were for the two machine guns. 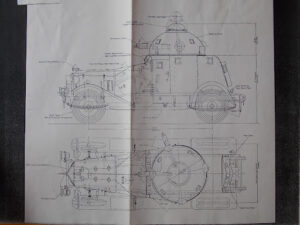 The crew of four were protected against small arms fire. The crew consisted of a driver seated on an adjustable L-shaped seat. The commander had a turret ring hung/mounted seat in the middle of the turret, which also turned with the turret. The commander could kneel or stand on his seat and open a two-piece domed cupula in the top centre of the domed turret for better all-around observation. The gunner had a similar L-shaped seat to the left of the driver. Using signal flags, a signalman / 2nd machine gunner was seated at the rear of the fighting compartment. He signalled through a small door on the left rear of the armoured cars to the armoured car or truck following. No wireless was available for the armoured cars at the time.

The interior of the armoured car was lined with asbestos panels to make the interior bearable in the extreme summer temperatures encountered.

Between the front and rear mudguard on either side of the Crossley were two wooden un-ditching planks to aid in freeing the armoured car from thick mud or sand and/or to allow the vehicle to cross a ditch or trench.

Indian authorities ordered 48 of these rolling chassis which were to be fitted with armoured bodies made by Vickers Ltd.   Crossley designated these armoured cars as Indian Government Armoured Car Model 1. These were delivered in 1923. The Indian government then placed another order for a further 32 Crossley armoured cars.

With the recent Rand Revolt (1922) in mind, the Union Defence Forces looked to acquire armoured cars that could be used in further civil unrest. The fact that van Ryneveld already knew the dependability of the Crossley light tenders from WW1 and that India had successfully trailed and used Crossley armoured cars, and the cheaper price compared to the Rolls Royce was enough reason to order two Crossley Armoured Cars.

In a report of the Director of the Army Contracts for the period, 1 April 1923-31 March 1924, the reports read: “Armoured Cars – Orders have been placed with the Ordnance factories for armouring forty-eight Crossley chassis for the India Office. The Ordnance Factories price for armouring these chassis is very much less than the price quoted for this work by Messrs. Vickers Ltd. Requisitions have been received for armouring a further thirty-four Crossley chassis; thirty-two for the India Office and two for South Africa. The work is being carried out at Woolwich.“

This two Indian Pattern (Indian Government Armoured Car Model 3) were ordered in 1924. First, the larger contract of thirty-two cars for India was filled, and then the two Crossley armoured cars for South Africa were completed. Crossley Motors of Gorton, Manchester, supplied the chassis and engine and then sent them to the Ordnance Factory at Woolwich, London, to fit the armour plate. 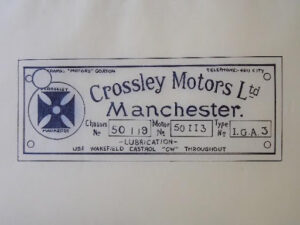 British War Department. Report of the Director of Army Contracts for the Period 1 April 1923 – 31 March