I grew up in the black township of Ga-Rankuwa, situated around Pretoria North, in the 1980s. My late father Harry Mohale, used to be a political activist and a member of the Pan Africanist Congress (PAC). He spent eighty percent of his life with politics and community meetings, and many nights, I was irritated by sounds of the radio, sounds of guns and endless political slogans and freedom songs. I knew Radio Freedom, which I heard from my distant bedroom, but I didn’t understand its purpose, and why my father would choose to listen to this irritating radio station in the middle of the night, but now I know and understand the story.

This article presents the social history of Radio Freedom, the African National Congress ‘s (ANC) clandestine radio station, between 1963 and 1991.The article focuses on successes, challenges of the audiences of its creators, of what was once referred to as a sophisticated revolutionary militant underground communication network serving the political struggle in South Africa. The article will also reflect on the various audiences, the messages they appropriated from it, and the impact of those messages on political mobilization in the country. The article also presents arguments about how radio broadcasting became a strategic priority for the ANC and its military wing Umkhonto we Sizwe (MK) (spear of the nation) in the aftermath of the crushing opposition of the Government, and a turn to armed resistance. The radio became one of the key tools used by the liberation movement to counter the apartheid propaganda messages by the government and to articulate an alternative political perspective. Through Radio Freedom, the ANC could directly connect with its supporters inside the country and influence political mobilization – particularly during the 1970s and 1980s. Despite the illegality of tuning into the station and the jamming techniques used by the state to block signal transmission, younger individuals from the more politically active generation of black South Africans, did find creative but discreet ways of tuning into Radio Freedom. This radio station was arguably one of the major sources of information of the ANC, shaping political education, understanding and influencing political activities inside the country.

Figure 1. The Radio Freedom banner – voice of the African National Congress (ANC) and the People’s Army Umkhonto we Sizwe (MK).

Listening to Radio Freedom in apartheid era South Africa, was a crime carrying a penalty of up to eight years in prison. Its first formal broadcast was aired in June 1963, the activist and ANC member Walter Sisulu announced the new station, stating: ”I come to you somewhere in South Africa. Never has the country, and our people needed leadership as they do now, in this hour of crisis, our house is on fire”. By the mid-1970s having been exiled, Radio Freedom was broadcasting on radio stations in five different countries, Tanzania, Zambia, Angola, Ethiopia, and Madagascar. Like other guerrilla radio stations, Radio Freedom shared news, interviews, poetry and commentary from the movement that ran parallel to the highly censored media reports from within South Africa. Regular reports on bombings and acts of sabotage by the MK gave the impression of a nearly continuous assault and encourage listeners to join the movement. For some listeners, Radio Freedom’s most valued contribution was its music, as it was the only outlet for exiled South African musicians such as Dollar Brand (Abdullah Ibrahim), Miriam Makeba, Dudu Pukwana, or any music critical of apartheid. Tuning into Radio Freedom and owning a record of these artists, could come with a prison sentence. 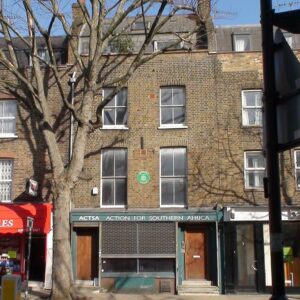 Operation Vulindlela also known as Operation Vula, (Xhosa meaning ‘open the road’) was a secret domestic programme of the African National Congress(ANC) during the final years of apartheid in South Africa. Initiated in 1986 at the ANC headquarters in Lusaka and launched in South Africa in 1988, its operatives smuggled weapons and banned ANC leaders into the country, in order to establish an underground network linking domestic activist structures with the African National Congress(ANC) in exile. Vula was responsible for facilitating the only direct line of communication between the ANC headquarters and Nelson Mandela, who at the time was imprisoned and was negotiating a peaceful settlement with the government on behalf of the ANC. The operation was disbanded in 1990, after its existence had been publicly revealed and eight of its leaders charged with terrorism and plotting an armed insurrection, under the Internal Security Act. Operation Vula was approved by the ANC national executive committee but thereafter continued on a strictly need-to-know basis, with many ANC members unaware of its existence and many ANC leaders unaware of the details of its activities. It was led by Ronnie Kasrils, Chris Hani, with Siphiwe Nyanda (assisting extensively with conduits and lower operations) and was congratulated by the ANC President Oliver Tambo in 1988 on “the immense potential of the Vula concept and also its tremendous yield in terms of what has been achieved within a short period of time. Commentators had admired the sophistication of the operation and historian Stephen Ellis calls it the most effective and impressive project ever mounted by the African National Congress. However, Ellis also noted that it arrived “too late to have effect on the strategic balance “in the negotiations to end apartheid.

Vula’s communication infrastructure being used was developed by African National Congress’s technical committee during the final years of the South African liberation struggle. The system was fully operational from 1988 until 1992, and its operation expanded throughout the major cities in South Africa such as Cape Town, Durban, Johannesburg, and Amsterdam (the Netherlands), Alberta (Canada), and Harare (Zimbabwe). It was also tested in Paris, but never materialised. Long before becoming operational, the dream of secret and rapid long distance communication had been brewing in the minds of South African freedom fighters. One of the earliest written references of a technical committee in official African National Congress literature can be found in the Mayibuye (Take Back our Country) operation document. The document was discovered by apartheid police on 11 July 1963, leading to the arrest of the leaders of the African National Congress, Umkhonto we Sizwe (MK), and the South African Communist Party (SACP). The arrests took place one and a half years after the beginning of the armed struggle.

The apartheid apparatus of the South African state is remembered as been technologically advanced. During the early years, the regime pursued technological projects designed to differentiate South Africa from other African countries, to demonstrate its modernity through sophisticated technologies of surveillance and warfare. The regime imposed various methods of population control, ranging from passbooks to what would later become a sophisticated biometric system. In the 1980s, anti-apartheid movements outside South Africa claimed that attempts were being made to ‘automate’ apartheid using advanced computer technology, and they promoted a boycott on the purchase of computers and other electronic technologies. The achievements of the government were in part facilitated by international bank loans and trading activities with the international community. In 1983, South African soldiers targeted and destroyed the Radio Freedom Madagascar facility, halting its operations for a short time. The Station identification featured the sound of machine-gun fire, followed by spoken words such as “This is Radio Freedom, the voice of the African National Congress and its military wing Umkhonto we Sizwe”or a variation of this. These identifications became familiar to international audiences after an excerpt from one was included in a hit song “3 a.m. Eternal”, first released in 1989, by the British electronic band known as Kopyright Liberation Front (KLF). Mama Winnie Mandela and several people featured in “Amandla”, a revolution in four-part harmony credit Radio Freedom as a significant comforting, rallying, and organising factor in the fight against apartheid. 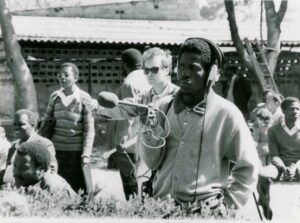 Current South Africa is the result of countless sacrifices and the contributions of many South Africans who fought tirelessly to overcome the brutal apartheid system. Today South Africa has made significant progress in transforming from apartheid to a democratic state. Our nation is founded on the values of human dignity, non-racialism and non-sexism, the rule of law and universal adult suffrage, as enshrined in the constitution. One important area is that the media is free to report without fear or favour, and expose issues that are vital to the public domain and to our democracy. Freedom of expression and freedom of the press and other media are enshrined in our constitution. The constitution protects the freedom to receive or impart information or ideas, freedom of artistic creativity and academic freedom. These are the result of the selfless sacrifice of devoted hardworking men and women of our struggle, thanks to Radio Freedom. Radio Freedom finally broadcasted in August 1991 after the ANC president Oliver Tambo assigned Thami Ntenteni to attend a conference in the Netherlands, later known as the Jabulani Conference to officially switch off Radio Freedom’s transmitters. The role of Radio Freedom in defeating apartheid will forever remain in our collective memories of history. Through Radio Freedom the path to a free democratic South Africa was realised.

Article from: SA Digest 6 July 1986 re booklet, TALKING WITH THE ANC.