Warfare was a low-intensity conflict among the black tribes or the so called “Bantu” prior to the rise of King Shaka (Zulu Kingdom), Moshoeshoe (Lesotho) and Sekhukhune (BaPedi). Although it occurred frequently, objectives were typically limited to such matters as cattle raiding, avenging personal matters, personal insult, or resolving disputes over grazing land. Generally, a loose mob called an impi participated in these skirmishes. There were no campaigns of extermination against the defeated. They simply moved on to other open spaces in the veldt, and restored equilibrium. The bow and arrow were known but seldom used. Warfare, such as hunting, depended on skilled spearmen and trackers. The primary weapon was a thin 6-foot (1.8 m) throwing spear, the assegai. Several were carried into combat. Defensive weapons included a small cowhide shield, which was later improved by King Shaka. Many battles were arranged with the clan warrior meeting at an agreed place and time, while most women and children of the clan watched the festivities from some distance away. Ritualised taunts, single combats and tentative charges were the typical pattern. If the affair did not dissipate before, one side might find enough courage to mount a sustained attack, driving off their enemies. Casualties were usually light. The defeated clan might pay in land or cattle and have captives to be ransomed, but extermination and mass casualties were rare. The Bantu did not usually build permanent fortifications to fend enemies. A clan under threat simply packed their meagre maternal possessions, rounded up their cattle and fled until the looters were gone. If the looters did not stay to permanently dispossess them of grazing areas, the fleeing clan might return to rebuild in a day or two. The genesis of the Zulu (impi) battles thus lies in tribal structures, which existed long before the arriving Europeans or the Shaka era (1816-1828). 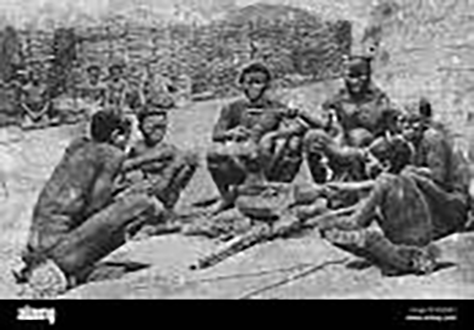 Amadlozi and Abaphanzi: The Ancestral Spirit

African black people beliefs are established around the presence of ancestral spirits. In Zulu it is known as amadlozi and abaphanzi, meaning the underground or those who have passed on. In Sotho it is referred to as badimo, meaning the gods. Ancestral presence comes in the form of dreams, sickness, spiritual guidance from traditional healers (sangomas)and prophets. The opportune times to communicate with the ancestors are birth, puberty, marriage, during wars, harvesting of crops, and when people passed on. Ancestral worship is a common practice and young men and girls had to undergo traditional practices such as initiation or the reed dance (virginity testing), to fulfil the coming of age to manhood and womanhood. Stick fighting was a common sport among the Zulu and Xhosa to prepare young men to learn the art and tactics of fighting. It was also the objective to train and help young men to control their temper and emotions during a fight. It was the duty of young men to look after the livestock. Women mainly tended to the crops and looked after the homestead. In most cases African people used indigenous knowledge systems in times of wars, and also rely on their ancestral spirits for military intelligence. Superstitious beliefs played a vital role in preparing for wars; they had to take consideration of the seasons, the weather, and the terrain of the battlefield. One of the major factors why the Zulu won the Battle of Isandhlwana (1879) was that they preferred January, which is a summer month, rather than winter time, because they knew winter would have worked against their plans. For example, wild fires and an open terrain would have been a disadvantage and weaken their fighting strategy. 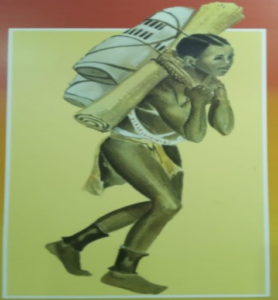 Figure 1. Udibi or a youth too young to join the Zulu amabuthu, carrying medicines, herbs and supplies for use by warriors during battles (Source: picture from DITSONG: National Museum of Military History (DNMMH) display of the Anglo-Zulu War of 1879).

The Importance of Songs, Dance, and Poems during Warfare

Indigenous African songs and dances are social activities in which almost everyone participate. Music highlight African values, with various traditions accompanied by melody. These social activities played an important role, from ancient kings, such as Dingizwayo, Sekhukhune, Moshoeshoe and still today at political conferences and events of political parties such as the African National Congress and Inkatha Freedom Party. Sounds of hands, ululations, poems, dances and songs are seen as a powerful connection for appeasing the ancestors or asking for divine intervention from the gods. Different songs accompany different events and festivals. Rhythm and percussive sounds are highly emphasised in African beat, and this was not different in warfare. An example is the Battle of Isandhlwana or the Anglo-Zulu or Zulu-Boer War. Poems, praise singing, making of different sounds by warriors (Amabuthu) were different ways of encouragement, scaring of the enemy, concurring the fear and lastly taking an oath of ultimate sacrifice of death. The blow of a horn, beating of a drum, and playing a mbira, a well-known African musical instrument mostly played in dark times like death and pain. In southern and western Africa, the marimba is used mostly when there is a celebration or happy event. Cracking a whip was also used by black indigenous communities to create sounds of fear and announce an important message. Singers will sometimes whisper, hum, grunt or shout. Traditional African music is often collaborative, and requires coordinated cooperation. The pitch level of the sound determines significance in many African languages.

The Zulu nation had a well ordered social system which was reflected in their military organisation.The nation was divided into age regiments (amabutho). Amabutho were called by the king, according to age groups and also named by him. They were then employed for economic, social or military purposes. One of the causes of the Anglo-Zulu War was the fact that King Cetshwayo refused to disband the amabutho which the British perceived to be a threat. When Britain declared war against the Zulu in January 1879, King Cetshwayo called his amabutho together. The Zulus prepared for short campaings only. They travelled with no supplies and the minimum of food, and could cover 80 km a day. Besides the ritual preparation of the warriors, little was done to care for the wounded. Youth (odibi) carried food supplies and mixtures prepared from roots and herbs to staunch bleeding, heal fractures and reduce fevers. Often the most seriously wounded were either left to die or given the traditional rites and last grace by their fellow warriors. 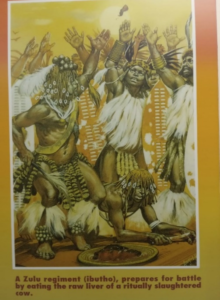 Figure 2. A Zulu regiment (Ibutho) prepared for battle by eating the raw liver of a slaughtered cow (Source: picture from DNMMH display of the Anglo-Zulu War of 1879).

Prior to the battle, a sangoma (traditional healer) would prepare a potion (mixture) for the warriors of which the purgative effect would clean them from any evil spirit. Spears were waved through smoke to cleanse them and add to their potency. Cattle were slaughtered and their livers eaten to give the warriors courage and strength. Thereafter the warriors were ready for the battle. There is no doubt that the Zulu nation practised ritual mutilation after the battle, and the packs of young boys roaming the area after the Battle of Isandhlwana must have had a field day of looting and despatching the wounded. There are gruesome stories that emerged from the Battle of Isandlwana and which sent shivers of revulsion, despair and apprehension down the collective spine of Victorian society and which have been hotly debated and written extensively on over the past years. The Zulu believed if the enemy fought well, they could imbue themselves with the fighting spirit of the deceased by cutting out their livers and gall bladders to make muti or intelezi (traditional concoctions). In Zulu custom it is believed that the better one’s enemy fought the more they could mutilate a body. This practice was in a way, a rather left compliment. The Zulu word for courage is isibindi, literally meaning liver. Samuel Jones of the Newcastle Mounted Rifle has described his reaction to the battlefield the morning after the battle as follows (however bear in mind this was told to a news reporter in 1929):  ”One sight, a most gruesome one, I shall never forget.” Two lads, presumably two little drummer boys of the 24th regiment, had been hung up by a butcher’s hook, which had been jabbed under their chins; then they were disembowelled. All the circumstances pointed to the fact that they had been subjected to that inhuman treatment while still alive.

The hills of Zululand have changed little since Shaka’s days. Civilization has barely touched the landscape, and a century have not yet eradicated the traces of the fighting in 1879. There are well kept cemeteries at the battlefields and whitewashed stone cairns to mark the mass graves at Isandhlwana, but the rain still washes up bullets and badges, buttons and bones. The British bivouacs are still marked by dark-green glass shards from ration beer bottles. There is an unattractive stone archway to mark the site of Chelmsford’ s square at Ulundi, where Zulu children have the chance as passers-by to kick up boxer cartridge cases on the Mahlabatini plain. In one wall of a structure is a small plaque that reads: IN MEMORY OF THE BRAVE WARRIORS WHO FELL HERE IN 1879 IN DEFENCE OF THE OLD ZULU ORDER. It is the only memorial that has ever been erected to honour the Zulu nation. The smell of blood, the screaming and songs of amabutho (regiments)and inkabi (the assassins) are still relevant today. Black African nations always refer to secret rituals, cultural practices and indigenous knowledge systems to fight our modern day battles and challenges. The Bapedi tribe still prides themselves with the miraculous story of Kgoshi Mampuru 2, and the mystery surrounding his death and disappearance of his body on 22 November 1883 at the Pretoria Central Prison. The black indigenous belief system is indeed complex and one needs the blessings of Amadlozi, the ancestral spirits and the power of Abaphanzi, the departed, to understand it.

Morris, D.R. ‘The Washing of the Spears: The rise and fall of the Zulu Nation’. Great Britain, Lowe and Brydone Printers, 1965.

Wilderness-Safaris.Com /blog/ The significance of Sounds and Music in African Culture also available at https://www.africa.com/the-significance-of-sound-and-music-in-african-culture/ [accessed in 16 August 2022].